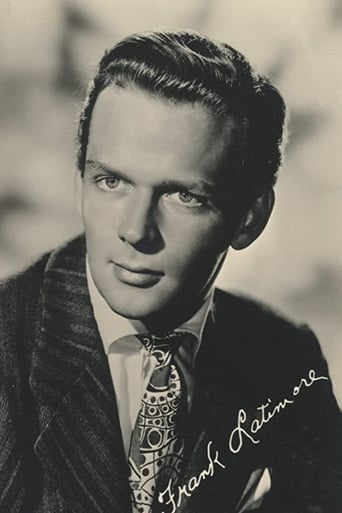 ​From Wikipedia, the free encyclopedia Franklin Latimore (September 28, 1925 - November 29, 1998) was an American actor best known for his character ‘Dr. Ed Coleridge’ on the television soap opera Ryan's Hope. Latimore's came from a well-to-do family, and was able to trace his lineage back to the Revolutionary War. He ran away from home at an early age, and shortly thereafter got the lead part in a Broadway play. His acting career had begun in the 1930s, when he and longtime pal Lloyd Bridges began doing summer stock theater at a playhouse in Weston, Vermont. Latimore then soon went out to Hollywood, where he signed a contract with 20th Century-Fox, and proceeded to appear in such hits as In the Meantime, Darling, The Dolly Sisters, Three Little Girls in Blue, and Shock. Latimore also played in two soap operas, Ryan's Hope and Guiding Light. As well, he did some work for PBS, most notably appearing in a film about the Civil War. He married Rukmini Sukarno, an opera singer who was a daughter of President Sukarno of Indonesia. Their son, Chris Kline, is a journalist. On November 29, 1998, he died in his sleep, at the age of 72. His remains were cremated and buried beneath a venerable old apple tree on ancestral property in Vermont. Description above from the Wikipedia article Frank Latimore, licensed under CC-BY-SA, full list of contributors on Wikipedia.