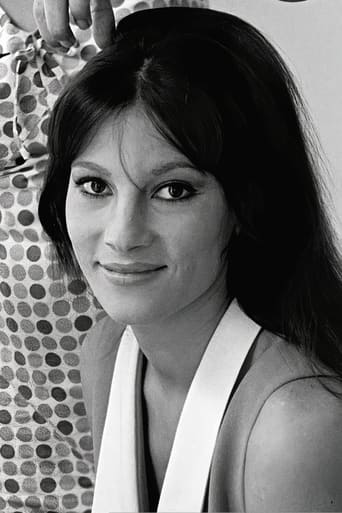 Nicoletta Machiavelli (1 August 1944 – 15 November 2015), also known as Nicoletta Rangoni Machiavelli and Nicoletta Macchiavelli, was an Italian film actress. The daughter of a Florentine father and of an American mother, Machiavelli was a descendant of the philosopher and author Niccolò Machiavelli. Following an audition for the role of Eva in John Huston's The Bible: In the Beginning..., she was noted by the producer Dino De Laurentiis who put her under contract for seven years, a contract she eventually broke after three years. Her first role was Ugo Tognazzi's wife in A Question of Honour, and following a few comedies, her early career was characterized by genre films, mainly Spaghetti Western, notably Sergio Corbucci's Navajo Joe. Starting from the late 1960s Machiavelli started appearing in more ambitious art films, working with Hans-Jürgen Syberberg, Pietro Germi, Dino Risi, Sergio Citti, Andrzej Żuławski, and Liliana Cavani, among others. In 1984, she became a disciple of Osho and retired from show business. She eventually moved to Seattle, Washington in the Pacific Rim, where she died of an undisclosed illness on 15 November 2015, aged 71. -From Wikipedia, the free encyclopedia