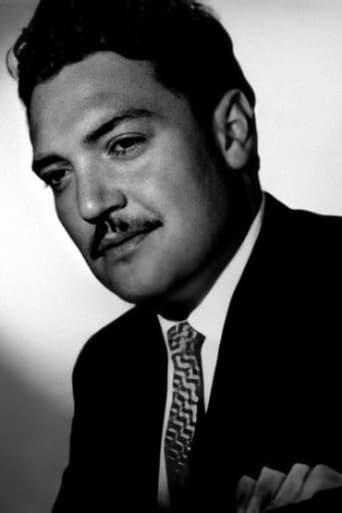 Narciso Busquets (September 8, 1931 – December 14, 1989) was a Mexican actor of film, television, theater, radio, and voice-over. He also directed a film, Sin fortuna, in 1980. Busquets started his acting career in 1937, as a child actor, and appeared as one of Cantinflas' sons in Ahí está el detalle. He also dubbed the voice of Japanese actor Toshirō Mifune in Spanish in the film Animas Trujano, which was nominated for an Academy Award for Best Foreign Language Film. Among his other contributions in film are El gallo de oro with Ignacio López Tarso and Lucha Villa, Los cuatro Juanes with Luis Aguilar, Pedro Páramo with John Gavin, La soldadera with Silvia Pinal, Jesús, nuestro Señor with Claudio Brook, and Valente Quintero with Antonio Aguilar and Saby Kamalich. In television, Busquets had his debut in 1961 and continued to stay steady until 1988. He portrayed José María Morelos in the historical telenovela Los caudillos in 1968.