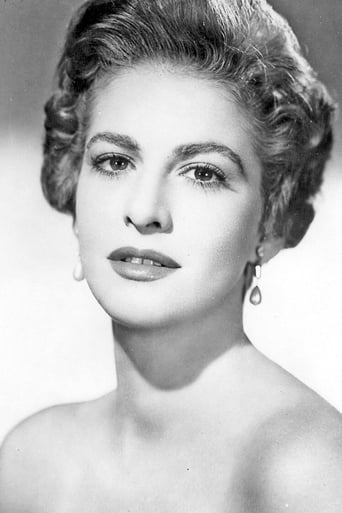 Carmen Montejo (born María Teresa Sánchez González; May 26, 1925 - February 25, 2013) was a Cuban-born actress of telenovelas, stage and the Golden age of the cinema of Mexico. Real name: María Teresa Sánchez González Montejo started her career in radio as a child at the age of 6 in Cuba in a show titled Abuelita Cata transmitted on CMOX. While still in Cuba she was nicknamed "Muñeca" Sánchez in theatre and because of her golden curls as the Cuban Shirley Temple. She began acting studies in 1939 at Universidad de La Habana under Ludwing Shayovich. After concluding her collage studies her parents offered her a trip to the United States but instead she chose to go to Mexico for two months. After arriving in Mexico she obtained a job in radio claiming to be a famous star in Cuba with a role in the radionovela El diario de Susana Galván. In 1943 she obtained a role in the film Resurrección directed by Gilberto Martínez Solares and then Chano Ureta who changed her professional name to "Carmen Montejo" when she told him she lived across the Hotel Montejo. In Venezuela she participated in one of the first films shot in that country titled Páramo (1954). In theater she obtained the role of Adela in the 1946 production of The House of Bernarda Alba of Federico García Lorca. She co-starred with Virginia Fábregas and was directed by Ricardo Mondragón at the Palacio de Bellas Artes. She has also participated in Who's Afraid of Virginia Woolf? and The Trojans. In television she has performed roles in many telenovelas as well as the sitcom Tres Generaciones with Angélica María and Sasha Sokol in the 1980s. For her work in television, films and theatre, Montejo was inducted into the Paseo de las Luminarias. Carmen Montejo died on February 25, 2013, in Mexico City. She was 87.