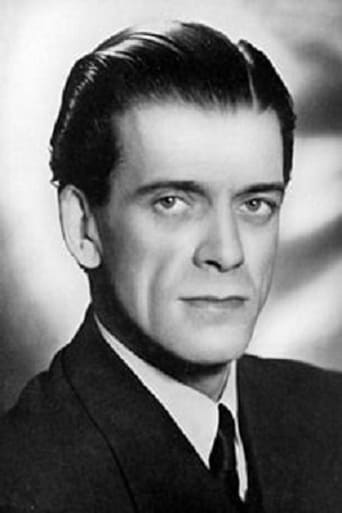 British born actor known for playing working class characters on film and TV. Born William Rowbotham, the son of a tram driver and laundress, he started playing drums in London nightclubs and toured music halls with his own cabaret act to pay for acting classes. He entertained at Butlin's holiday camps and performed in repertory, joining the Unity Theatre where he attained respect as a stage producer. His career was interrupted by military service with the Royal Army Ordinance Corps where he was injured in an explosion during a battle training course. Returning to acting, he started making a name for himself in such films as Johnny in the Clouds (1945), When the Bough Breaks (1947), Maniacs on Wheels (1949), and The Story of Robin Hood and His Merrie Men (1952). He continued to perform in the theatre limelight and peaked in roles with Katharine Hepburn in "As You Like It" in 1950, and with "The Threepenny Opera" and "The Mikado", which made use of his musical talents. A writer at heart, he penned songs, musicals and plays over the years. Partnered with Mike Sammes, he wrote songs recorded by Pat Boone, Harry Secombe, Engelbert Humperdinck and Sir Cliff Richard, who had a hit with his 1980 song "Marianne". In the 60s he produced the stage musical, "The Matchgirl", and focused heavily on film slapstick with the 'Carry On' series. TV stardom came late, in the role of Compo in the BBC's 1973 series "Last of the Summer Wine". When he died of pancreatic cancer in 1999, he asked to be buried in the Yorkshire village of Holmfirth, where the TV series was filmed. Owen was awarded the MBE in 1976 for his steadfast work for the National Association of Boys Clubs and for his role as chairman of the Performing Arts Advising Panel.