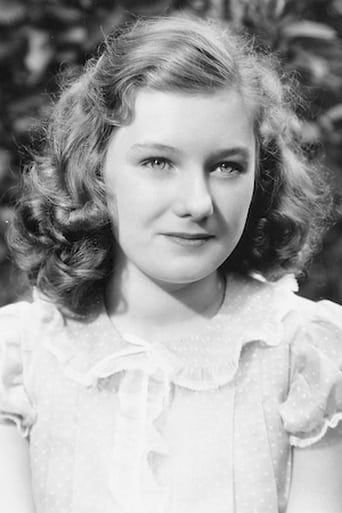 In 1931, a one-day effort by Marilyn Knowlden's attorney father led to an interview, a next-day screen test and a large part for four-year-old Marilyn in one of the early "talkies", Women Love Once (1931). A ten-year movie career followed, where she played the daughter of such stars as Claudette Colbert, Katharine Hepburn, Allan Jones and Norma Shearer. She appeared in some of the screen's great classics, including Angels with Dirty Faces (1938), David Copperfield (1935) and Les Misérables (1935), in which she played the child Cosette. She appeared in six films nominated by the Academy for Best Production of the Year and performed with such distinguished actors as Fredric March, Charles Laughton, Tyrone Power, Greta Garbo and Bette Davis. College, marriage and four children followed. A composer and playwright as well as an actress, she wrote the music and lyrics for ten produced musicals, including three for which she also wrote the scripts. The latter included her musical, "I'm Gonna Get You in the Movies!" for which she drew heavily on her own early experience. After a 50-year hiatus, Marilyn returned to acting in 1994. She appeared in over 20 plays and musicals in San Diego County, including the role of Aunt Abby in "Arsenic and Old Lace," the leads in "Sorry, Wrong Number" and "Quilters," and Prof. Higgins' mother in "My Fair Lady." In 2011 Bear Manor published Marilyn Knowlden's autobiography "Little Girl in Big Pictures."