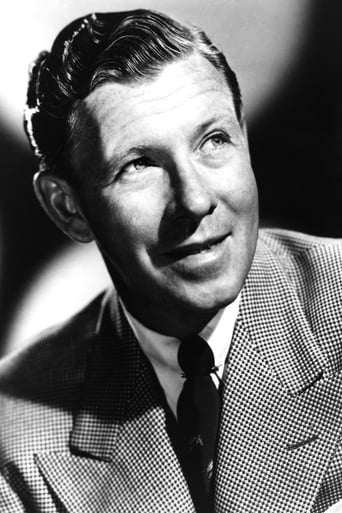 George Murphy was an American dancer and stage, screen, and television actor, as well as a United States Senator. Murphy was a song-and-dance leading man in many big-budget Hollywood musicals from 1930 to 1952. He was the president of the Screen Actors Guild from 1944 to 1946, and was awarded an honorary Oscar in 1951. Murphy served from 1965 to 1971 as U.S. Senator from California, the first notable U.S. actor to be elected to statewide office in California, predating Ronald Reagan and Arnold Schwarzenegger. He is the only United States Senator represented by a star on the Hollywood Walk of Fame. In movies, Murphy was known as a song-and-dance man and appeared in many big-budget musicals such as Broadway Melody of 1938, Broadway Melody of 1940 and For Me and My Gal. He made his movie debut shortly after talking pictures had replaced silent movies in 1930, and his career continued until he retired as an actor in 1952, at the age of 50. During World War II, he organized entertainment for American troops. In 1951, he was awarded an honorary Academy Award. He was never nominated for an Oscar in any competitive category. He was the president of the Screen Actors Guild from 1944 to 1946. He was also a vice president of Desilu Productions and of the Technicolor Corporation. He was director of entertainment for presidential inaugurations in 1953, 1957 and 1961.