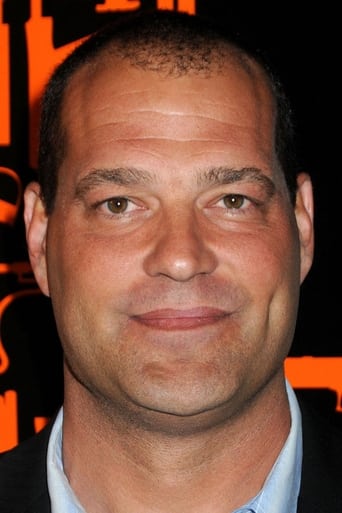 Jeff Chase (born January 17, 1968) is an American film and television actor. Chase was born Jeffrey L. Sniffen in Paterson, New Jersey. He married Kimberly Chase on January 5, 1991, and now lives in Clermont, Florida. Chase has one son, Cory Chase, born in 1998. Chase, who stands 6 feet, 7 inches and weighs 285 pounds, attended West Virginia University and, as Jeff Sniffen, played offensive tackle on the American football team from 1986 to 1991. He played one season of professional football for the Albany Firebirds of the Arena Football League. While filming the Dexter episode The Damage a Man Can Do, in which Chase was a stuntman, actor Jimmy Smits accidentally stabbed Chase with a real knife instead of a fake one. Smits is said to have missed the plastic protection eight times out of ten during rehearsal, but was able to aim correctly while accidentally wielding the real knife. Description above from the Wikipedia article Jeff Chase, licensed under CC-BY-SA, full list of contributors on Wikipedia.