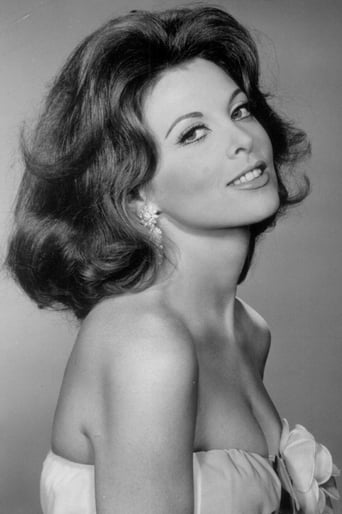 From Wikipedia, the free encyclopedia Tina Louise (born February 11, 1934) is an American actress best known for playing movie star Ginger Grant in the CBS television situation comedy Gilligan's Island. She began her career on stage during the mid-1950s, before landing her breakthrough role in 1958 drama film God's Little Acre for which she received Golden Globe Award for New Star of the Year. Louise had starring roles in a number of Hollywood movies, including The Trap, The Hangman, Day of the Outlaw, and For Those Who Think Young. Louise later returned to film, appearing in The Wrecking Crew, The Happy Ending, and The Stepford Wives (1975). Tina Blacker was born in New York City. By the time she was four years of age, her parents had divorced. An only child, she was raised by her mother, Sylvia Horn (née Myers) Blacker (1916–2011), a fashion model. Tina's father, Joseph Blacker, was a candy store owner in Brooklyn and later an accountant. The name "Louise" was allegedly added during her senior year in high school when she mentioned to her drama teacher that she was the only girl in the class without a middle name. He selected the name "Louise" and it stuck. She attended Miami University in Ohio. At the early age of just two years, Tina got her first role, after being seen in an ad for her father's candy store. She played numerous roles until she decided it was best to focus on school work. By the age of 17, Louise began studying acting, singing and dancing. She studied acting under Sanford Meisner at the prestigious Neighborhood Playhouse in Manhattan. During her early acting years, she was offered modeling jobs, including as a rising starlet, who along with Jayne Mansfield, was a product advocate in the 1958 Frederick's of Hollywood catalog, and appeared on the cover of several pinup magazines such as Adam, Sir! and Modern Man. Her later pictorials for Playboy (May 1958; April 1959) were arranged by Columbia Pictures studio in an effort to further promote the young actress. Louise with Gene Barry from the television series Burke's Law (1964). Her acting debut came in 1952 in the Bette Davis musical revue Two's Company,[4] followed by roles in other Broadway productions, such as John Murray Anderson's Almanac, The Fifth Season, and Will Success Spoil Rock Hunter? She appeared in such early live television dramas as Studio One, Producers' Showcase, and Appointment with Adventure. In 1957, she appeared on Broadway in the hit musical Li'l Abner. Her album, It's Time for Tina, was released that year, with songs such as "Embraceable You" and "I'm in the Mood for Love". Louise made her Hollywood film debut in 1958 in God's Little Acre. That same year, the National Art Council named her the "World's Most Beautiful Redhead." The next year she starred in Day of the Outlaw, with Robert Ryan. She became an in-demand leading lady for major stars like Robert Taylor and Richard Widmark, often playing somber roles quite unlike the glamorous pinup photographs and Playboy pictorials she had become famous for in the late 1950s. ] In 1962, she guest-starred on the sitcom The Real McCoys, portraying a country girl from West Virginia in an episode titled "Grandpa Pygmalion". Two years later, prior to the development of Gilligan's Island, she appeared with Bob Denver in the beach party film For Those Who Think Young. CLR