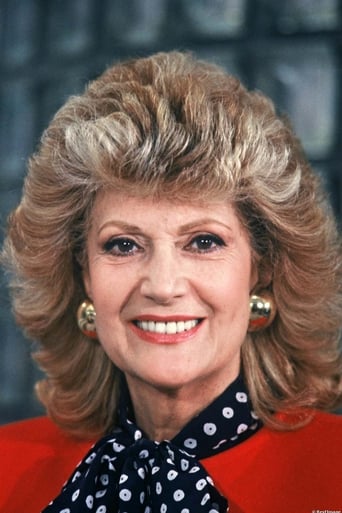 Rosy Varte (22 November 1923 – 14 January 2012) was a French actress of Armenian descent. She made almost 100 film and television appearances since 1949. She starred in the 1972 film The Bar at the Crossing, which was entered into the 22nd Berlin International Film Festival. She was a voice actress in the cartoon Western movies, Daisy Town (1971, as "Lulu Carabine") and La Ballade des Dalton (1978, as "Miss Worthlesspenny"). Born Nevarte Manouelian in Istanbul, Turkey, she emigrated to France at an early age. She appeared in comedies. From 1985 to 1993, she had the title role (Maguy Boissier) in 333 episodes of the hit TV series Maguy. In 2007, she won the 7 d'Or award for Best Actress for playing Maguy Boissier. She died 14 January 2012 at the American Hospital in Neuilly-sur-Seine, aged 88, following a battle with bronchitis, which degenerated into a lung infection, according to her widower, director Pierre Badel. Source: Article "Rosy Varte" from Wikipedia in english, licensed under CC-BY-SA 3.0.