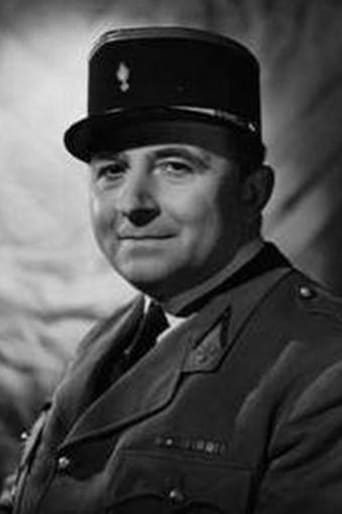 Paul Bonifas (3 June 1902 – 9 November 1975) was a French actor, born in Paris. In the 1920s, while working for the French customs service, Bonifas took classes in acting at the Conservatoire de Paris in his spare time. He left with the first prize for comedy, which allowed him to join the Odéon Theatre in 1933, then the Comédie-Française in 1938. He made his first film appearance in 1935 in a version of Dostoyevsky's Crime and Punishment, directed by Pierre Chenal. During World War II he served as a lieutenant in the artillery, was badly wounded, and evacuated from Dunkirk with his unit. In London he joined the Free French, and worked for Radio Londres broadcasting to occupied France. In 1942 he appeared in the film The Foreman Went to France. In 1943 he formed "The Molière Players", who staged a repertoire of mainly Molière works in London theatres, as well as in regional towns and at French army barracks. In 1944 "The Molière Players" appeared in the short film Aventure malgache directed by Alfred Hitchcock. This was written by, and based on the experiences of, Jules Francois Clermont, an actor in Bonifas' troupe working under the name of Paul Clarus, who had operated an illegal radio station Madagascar Libre in Madagascar while the island was under Vichy control. Bonifas then appeared in a number of other British films, including Two Fathers with Bernard Miles, directed by Anthony Asquith, and had minor roles in the musicals Heaven Is Round the Corner and Champagne Charlie, the action adventure film The Man from Morocco, the comedy-drama Johnny Frenchman and the horror film Dead of Night. Bonifas returned to France in 1946 and resumed his career in theatre, specializing in comedy, but also taking dramatic roles. His later film career included appearances in Trapeze (1956), The Hunchback of Notre Dame (1956), Fanny (1961), Charade (1963), Greed in the Sun (1964), The Train (1964), Is Paris Burning? (1966), Triple Cross (1966), and The Return of the Tall Blond Man with One Black Shoe (1974). Bonifas died on 9 November 1975 at Vernouillet, Yvelines, France. Source: Article "Paul Bonifas" from Wikipedia in english, licensed under CC-BY-SA 3.0.