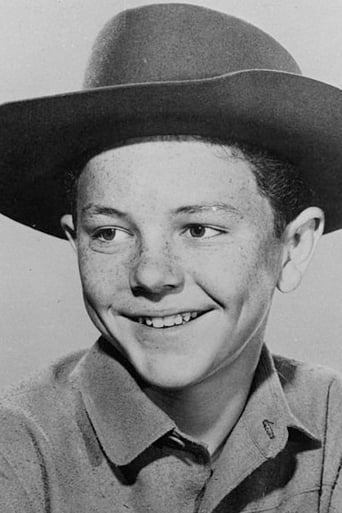 From Wikipedia, the free encyclopedia. Richard Ross Eyer (born May 6, 1945, Santa Monica, California) is a former American child actor during the 1950s and 1960s who taught elementary school in the eastern Sierra city of Bishop in Inyo County until he retired in 2006. He is the older brother of Robert Eyer (b. May 6, 1948), another child actor of the period who is deceased. In 1960–1961, Eyer was cast in the role of the teenaged David "Davey" Kane on the ABC television Western series Stagecoach West, having portrayed the fictional son of stagecoach co-owner Simon Kane, played by the late Robert Bray. The series, a production of Dick Powell's Four Star Television, also starred Wayne Rogers, later Trapper John on M*A*S*H. Eyer was a boy with "'the clean-cut, all-American look" who won "personality contests" and other competitions before he made his film debut in the early 1950s. In 1956, he was the youngster who runs "afowl" of the goose in director William Wyler's Friendly Persuasion. Science fiction viewers will remember him for the starring role in The Invisible Boy, which was producer Nicholas Nayfack's independent sequel to MGM's Forbidden Planet. In The Desperate Hours (1955), Eyer played Frederic March's dangerously impulsive son. His last film was The Seventh Voyage of Sinbad in 1958. He portrayed the metallic-voiced Baronni the Genie. He also starred in the Warner Bros. late '50s western, "Fort Dobbs", with Clint Walker & Virginia Mayo. In a 1995 interview, Eyer credited his mother for the promotion of his acting career. "It was all her work that did it. I had curly hair, freckles, and people would say what a cute kid he was and all that; so my mother entered me in some children’s personality contests, and I won one of these which had been held at the Hollywood Bowl, and I guess that one was the springboard in getting me started. After that, I was hired for some television commercials and some modeling jobs, and this led into other things ... I was around fourteen when I did Stagecoach West ... My last role was at age 21, appearing in an episode of [ABC's] Combat!." He appeared in more than one hundred episodes of various television programs, including Rod Cameron's syndicated City Detective, when he was eight years of age. Other appearances include Arrest and Trial, Stoney Burke, Wagon Train, Father Knows Best, Mr. Novak, Gunsmoke, Lassie, Rawhide and General Electric Theater. Description above from the Wikipedia article Richard Eyer, licensed under CC-BY-SA, full list of contributors on Wikipedia.