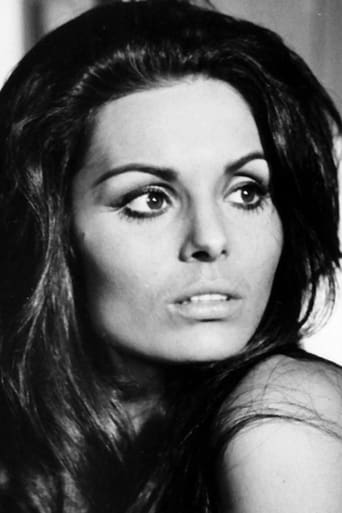 Daliah Lavi was an actress and singer prominent in the 1960s. Born Daliah Levenbuch, both she and her family became friends with visiting Hollywood star Kirk Douglas who paid for her scholarship to study ballet in Sweden. By the early '60s, Lavi used her fluency in several languages to figure prominently in European cinema. Roles in films such as Lord Jim and the James Bond spoof Casino Royale catapulted her to fame and pin-up appeal and, along with other sex kittens and euro-cuties, she began to corner the market in spy spoofs, tongue-in-cheek comedies and rugged adventures. She made her final film (Catlow opposite Yul Brynner) in 1971, having decided to concentrate on her music, which was warmly received in Germany. She died in 2017 at her home in North Carolina, USA.