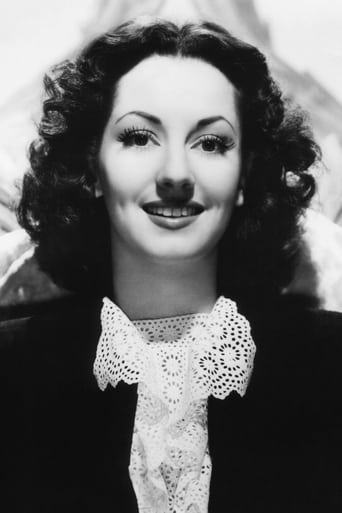 ​ Known to classic film fans by various nicknames--including Miss Deadpan, Frozen Face, and Miss Ice Glacier--this statuesque, dark-haired singer/actress carved a unique niche for herself on stage and screen by the hilarious Sphinx-like way she delivered a song. The daughter of the captain of detectives of the Los Angeles Police Department, Virginia Lee O'Brien became interested in music and dance at an early age (it didn't hurt her career chances that her uncle was noted film director Lloyd Bacon). Her big show-business break came in 1939 after she secured a singing role in the L.A. production of the musical/comedy "Meet the People". On opening night, when time came for her solo number, Virginia became so paralyzed with fright that she sang her song with a wide-eyed motionless stare that sent the audience (which thought her performance a gag) into convulsions. Demoralized, Virginia left the stage only to soon find out that she was a sensation. Signed by MGM in 1940, she deadpanned her way to acclaim and immense popularity with appearances in some of the studio's most memorable musicals including Thousands Cheer (1943), The Harvey Girls (1946), Till the Clouds Roll By (1946), Ziegfeld Follies (1945), Panama Hattie (1942), Ship Ahoy (1942), Meet the People (1944) and Du Barry Was a Lady (1943), performing inimitable renditions of such classic songs as "The Wild Wild West" (from The Harvey Girls), "A Fine Romance" (from Till the Clouds Roll By (1946)), "It's a Great Big World" (from The Harvey Girls (1946)), "Poor You" (from Ship Ahoy (1942)), and "Say We're Sweethearts Again" (from Meet the People (1944)). Although too often relegated to featured songs and small supporting roles, she still managed to become an audience favorite by the sheer force of her personality, polished vocals and way with a comic quip. The latter ability is especially apparent in one of her last MGM films, Merton of the Movies (1947), in which she co-starred with Red Skelton. In 1948, after 17 memorable screen appearances for MGM, the studio unceremoniously dropped her from its roster. She returned to films only twice more after her termination from MGM, in Universal's Francis in the Navy (1955) and Disney's Gus (1976), preferring to focus her energies on television and the stage, where she delighted audiences for three more decades. In the 1980s the still youthful beauty toured the country in a one-woman show and recorded a live album at the famed Masquers Club entitled, "A Salute to the Great MGM Musicals". One of her last significant stage appearances came in 1984 as Parthy Ann in the Long Beach Civic Light Opera's production of "Showboat", with Alan Young. She remained in semi-retirement in a large home in Wrightwood, California, for most of her later years until her death at the Motion Picture Country Hospital in Woodland Hills, 16 January, 2001, from a heart attack.