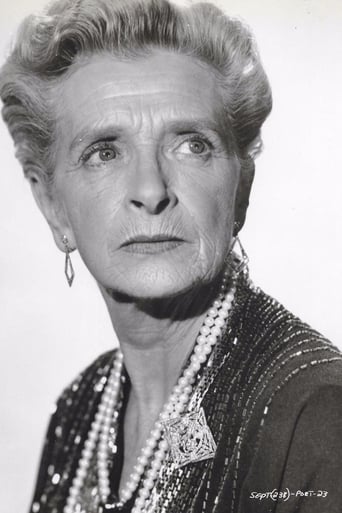 Dame Gladys Constance Cooper, DBE (18 December 1888 – 17 November 1971) was an English actress whose career spanned seven decades on stage, in films and on television. Beginning on the stage as a teenager in Edwardian musical comedy and pantomime, she was starring in dramatic roles and silent films by World War I. She also became a manager of the Playhouse Theatre from 1917 to 1933, where she played many roles. Beginning in the early 1920s, Cooper was winning praise in plays by W. Somerset Maugham and others. In the 1930s, she was starring steadily both in the West End and on Broadway. Moving to Hollywood in 1940, Cooper found success in a variety of character roles; she was nominated for three Academy Awards, the last one as Mrs. Higgins in My Fair Lady (1964). Throughout the 1950s and 1960s, she mixed her stage and film careers, continuing to star on stage until her last year. Description above from the Wikipedia article Gladys Cooper, licensed under CC-BY-SA, full list of contributors on Wikipedia.​