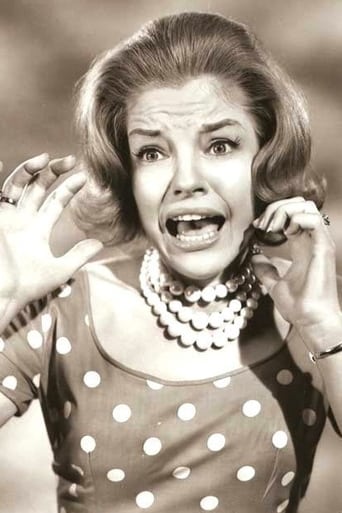 Eilene Janssen was born in Los Angeles, California on May 25, 1938, to Henry Janssen and Mary Ellen Thompson. She began her film career as a child actress in the early 1940s. With her father being a longtime worker for Universal Studios, Eilene Janssen made her first screen appearance in the 1940 film Sandy Gets Her Man. She continued to have bit parts in several movies such as Two Girls and a Sailor and It Happened Tomorrow. In 1944, she was awarded the title "Little Miss America". As she grew older, she gained more prominent roles such as Elise in Song of Love and Peggy in The Boy with Green Hair. As a young adult she had a good role as the female lead in the 1957 Western film Escape from Red Rock. Apart from films, Eilene Janssen also acted in television series like The Adventures of Ozzie and Harriet, Father Knows Best, Mister Ed, The George Burns and Gracie Allen Show, Tales of Wells Fargo, Make Room for Daddy, The Many Loves of Dobie Gillis, The Beverly Hillbillies and Perry Mason. She retired from acting in 1968. As of 2004, she is residing in Pasadena, California. Janssen married Harry Ronald Rothschild on November 29, 1957. They had two children together before they divorced in 1962. She then married Thomas Alexander Orchard, in 1963. They had one child together before their 1966 divorce. Janssen married George Ellis Moore in 1968. They had two children together before he died in 2000. CLR