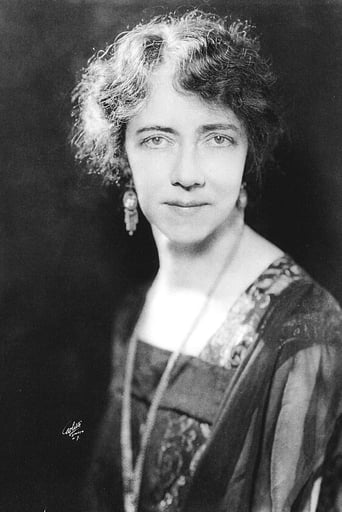 From Wikipedia, the free encyclopedia Mary Elizabeth Patterson (November 22, 1874 – January 31, 1966) was an American theatre, film, and television character actress who gained popular recognition late in her career playing the elderly neighbor Matilda Trumbull on the television comedy series I Love Lucy. In 1926, at the age of 51, Patterson was cast in her first movie, a silent film, The Boy Friend. Transitioning successfully into the era of "talkies", she remained a very busy actress in Hollywood throughout the 1930s, averaging more than five films a year during that decade, usually in supporting roles. A few of her screen credits at that time include Tarnished Lady; Husband's Holiday; A Bill of Divorcement; So Big!; The Story of Temple Drake; Hold Your Man; Dinner at Eight; High, Wide, and Handsome; and No Man of Her Own. She also appeared in the role of Susan in two adaptations of John Willard's popular play The Cat and the Canary: The Cat Creeps in 1930 and The Cat and the Canary in 1939. Patterson continued to perform frequently in the 1940s, when she was cast in more than 30 additional films. Among her notable roles is her 1949 portrayal of the heroic character Eunice Habersham in the groundbreaking racial crime drama Intruder in the Dust, a film based on the William Faulkner novel of the same name and set in the Deep South. Although she would appear in a few more feature films in the 1950s, such as Washington Story and Pal Joey, Patterson by then began to focus her work increasingly on roles in the rapidly expanding medium of television. In 1952, at the age of 77, Patterson made her first appearance on the hit CBS-TV sitcom I Love Lucy in the episode "The Marriage License". Her character on I Love Lucy proved to be so popular among viewers, as well as useful to the writers of the series, that she continued in the role for three more years, often serving in episode storylines as a convenient babysitter for "Little Ricky". Prior to, during, and after her work on I Love Lucy, Patterson appeared in many other American television series during the 1950s and early 1960s. Her first credited performance on the "small screen" was in March 1950 in "The Walking Stick", a teleplay on the NBC anthology series The Chevrolet Tele-Theatre. During the 11 years after that initial televised performance to her final role on television in 1961, she portrayed characters in a variety of other series, including Pulitzer Prize Playhouse, Studio One in Hollywood, General Electric Theater, Stage 7, Lux Video Theatre, Crossroads, The Star and the Story, The Adventures of Jim Bowie, Adventures of Superman, New York Confidential, 77 Sunset Strip, Johnny Stacatto, Alfred Hitchcock Presents, Playhouse 90, The Barbara Stanwyck Show, and The New Breed. Patterson, who never married, lived at the Hollywood Roosevelt Hotel during her 35-year film and television career.. On January 31, 1966, she died at age 91 in Los Angeles of complications from pneumonia. Her gravesite is in Savannah Cemetery in her hometown in Tennessee.