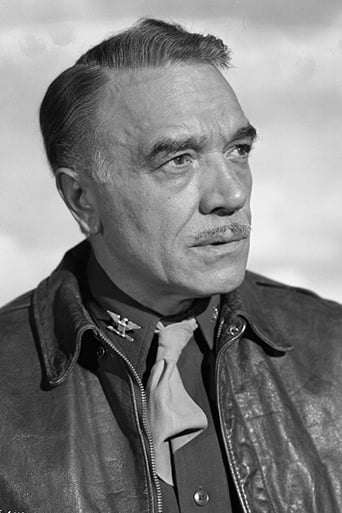 From Wikipedia, the free encyclopedia Walter Abel (June 6, 1898 – March 26, 1987) was an American stage and film character actor. His eyes were brown and his (adult) height was five foot ten inches. Abel was born in St. Paul, Minnesota, the son of Christine (née Becker) and Richard Michael Abel. Abel graduated from the American Academy of Dramatic Arts where he had studied in 1917 and joined a touring company. He made his Broadway debut in Forbidden in 1919. His many theatre credits include As You Like It, Desire Under the Elms, Mourning Becomes Electra, Merrily We Roll Along, and Trelawny of the 'Wells'. On the stage, he appeared in Channing Pollock's 1926 production of The Enemy together with Fay Bainter. Abel was married to concert harpist Marietta Bitter. He died of a myocardial infarction in Essex, Connecticut. Description above from the Wikipedia article Walter Abel, licensed under CC-BY-SA, full list of contributors on Wikipedia.