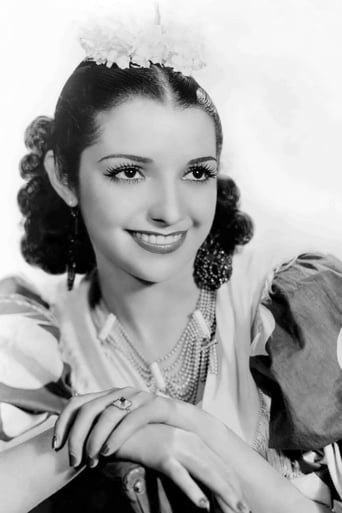 From Wikipedia, the free encyclopedia Jessie Matthews, OBE (11 March 1907 – 19 August 1981) was an English actress, dancer and singer of the 1920s and 1930s, whose career continued into the post-war period. After a string of hit stage musicals and films in the mid-1930s, Matthews developed a following in the USA, where she was dubbed "The Dancing Divinity". Her British studio was reluctant to let go of its biggest name, which resulted in offers for her to work in Hollywood being repeatedly rejected. Matthews' first major film role was in Out of the Blue (1931). She was in two films directed by Albert de Courville, The Midshipmaid (1932) and There Goes the Bride (1932). Matthews enjoyed great success with The Good Companions (1933) directed by Victor Saville, although it was more of an ensemble film and The Man from Toronto (1933). Waltzes from Vienna (1933) was an operetta directed by Alfred Hitchcock, followed by Friday the Thirteenth (1933). She was in the film version of Evergreen (1934) which featured the newly composed song Over My Shoulder which was to go on to become Matthews' personal theme song, later giving its title to her autobiography and to a 21st-century musical stage show of her life. She was in First a Girl (1935) as a cross dresser, then It's Love Again (1936), where she had an American co-star Robert Young. Exhibitors voted her the sixth biggest star in the country that year. Matthews started to appear in films directed by husband Sonnie Hale: Gangway (1937), Head over Heels (1937) and Sailing Along (1938). She did Climbing High (1938) directed by Carol Reed. In 1938 she was the fourth biggest British star. Her warbling voice and round cheeks made her a familiar and much-loved personality to British theatre and film audiences at the beginning of World War II. She was one of many stars in Forever and a Day (1943). Her popularity waned in the 1940s after several years' absence from the screen followed by an unsatisfactory thriller, Candles at Nine (1944). Post-war audiences associated her with a world of hectic pre-war luxury that was now seen as obsolete in austerity-era Britain. In the late 1940s she ran an amateur theatre group at the Theatre Royal in Aldershot. After a few false starts as a straight actress she played Tom Thumb's mother in the 1958 children's film, and during the 1960s found new fame when she took over the leading role of Mary Dale in the BBC's long-running daily radio soap, The Dales, formerly Mrs Dale's Diary. Live theatre and variety shows remained the mainstay of Matthews' work through the 1950s and 1960s, with successful tours of Australia and South Africa interspersed with periods of less glamorous but welcome work in British provincial theatre and pantomimes.