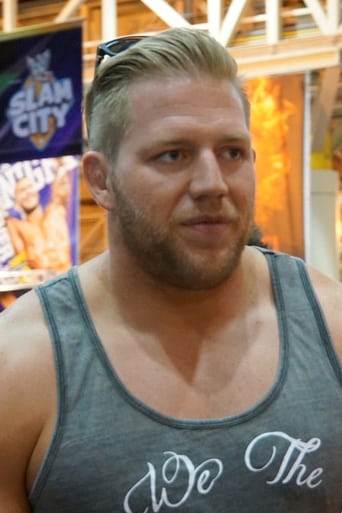 Jacob "Jake" Hager, Jr. is an American professional wrestler signed to WWE, where he performs under the ring name "A Real American" Jack Swagger. Hager attended the University of Oklahoma as a two sport athlete, participating in both football and wrestling. He switched to wrestling full-time in his sophomore year, and in 2006, set the record for most pins in a season with 30 as an All-American. Following a try-out, Hager signed a WWE contract in mid-2006. He made his debut for the WWE developmental territory Deep South Wrestling in September, and was moved to the Ohio Valley Wrestling territory in January 2007. A few months later, Hager debuted for Florida Championship Wrestling, where he was the final FCW Southern Heavyweight Champion and the inaugural FCW Florida Heavyweight Champion. In late 2008, he debuted for the ECW brand under the name Jack Swagger, and in January 2009, he won his first World Championship, the ECW Championship after defeating Matt Hardy. In March 2010, while a member of the Raw brand, he won the Money in the Bank Ladder match at WrestleMania XXVI and cashed it in later that week on SmackDown, where he defeated Chris Jericho to win the World Heavyweight Championship. In January 2012, he won the United States Championship after defeating Zack Ryder.