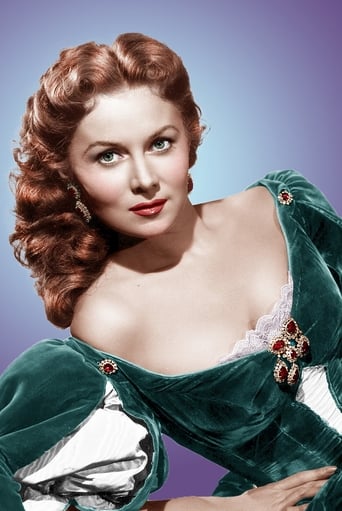 From Wikipedia, the free encyclopedia Rhonda Fleming (born Marilyn Louis, Hollywood, California, August 10, 1923) is an American film and television actress. She acted in more than forty films, mostly in the 1940s and 1950s, and became renowned as one of the most glamorous actresses of her day. She was nicknamed the "Queen of Technicolor" because her fair complexion and flaming red hair photographed exceptionally well in Technicolor.   Description above from the Wikipedia article Rhonda Fleming licensed under CC-BY-SA, full list of contributors on Wikipedia.