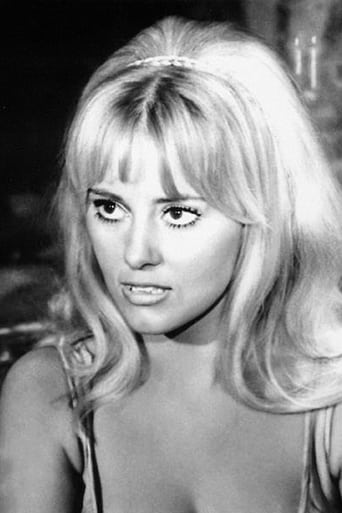 A former au pair and model, Jytte Stensgaard emigrated to the UK in 1963, hoping to have a successful international film career. Changing her name to the slightly easier to pronounce "Yutte" Stensgaard she ironically didn't make her debut in a British film, but in the Italian movie The Girl with a Pistol (1968) (Girl with a Pistol) which did have some British backing. She then went on to appear in various British movies, mainly of the comedy or horror genre, most famously the lead role in Lust for a Vampire (1971), as well as several television guest roles. She also got a six-month stint hosting a game show with British king of comedy, Bob Monkhouse. After struggling with myopic casting directors, who could not see the beauty and budding talent before them and were happier to just keep casting more established but less beautiful women, Yutte finally gave up and emigrated to the USA in the mid-seventies and took up a job selling air time for a Christian radio station in Oregon. Understandably reluctant to make appearances at horror conventions when British film publicists finally started to notice her when it was too late, she did relent and start appearing at a select few in the late 1990s, giving the non-fickle amongst her fans a chance to see her unique radiance once more. An inimitable beauty the likes of which has never been seen since, Yutte Stensgaard was possibly the biggest loss to movies since that of Sharon Tate.