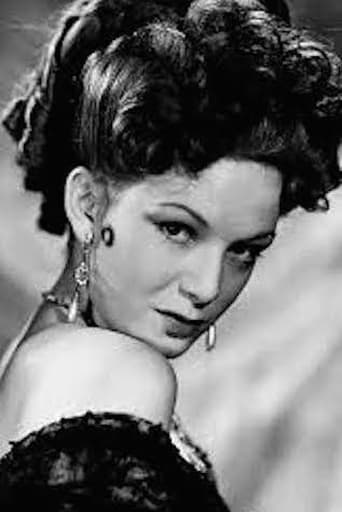 From Wikipedia, the free encyclopedia Jean Kent (born 29 June 1921) is a British film actress. She signed to Gainsborough Pictures during the Second World War. Kent's first good role in Two Thousand Women (1944), playing a stripper who is interned by the Germans. She was a Pacific Islander in Bees in Paradise (1944) with Arthur Askey and was the ingenue in a Tommy Trinder musical Champagne Charlie (1944). The turning point in her career came when she was given a dramatic part in the Gainsborough melodrama film Fanny by Gaslight (1944). The movie established Kent as Gainsborough's backup to Margaret Lockwood. Kent played another sexually aggressive girl in Madonna of the Seven Moons (1945) with Calvert and Granger. It was a big hit. Rank borrowed her to support Rex Harrison in The Rake's Progress (1945). Kent continued to have success in films. Her favorite film was musical Trottie True (1949) where she played the lead. Kent's film appearances grew less frequent from the mid 1950s onward. She had support roles in The Prince and the Showgirl (1957) and Bonjour Tristesse (1958) and a good part in the horror film The Haunted Strangler (1959). She was in the comedy Please Turn Over (1959) and the thriller Beyond This Place (1959). She was one of several female stars in Bluebeard's Ten Honeymoons (1960) with George Sanders. Kent was married to Austrian actor Josef Ramart from 1946 until his death in 1989, aged 70. They met on the set of Caravan. Actor Stewart Granger was the best man at their wedding. They appeared together in the films Caravan and Trottie True. Kent made her last public appearance in June 2011, when she was honoured by the British Film Institute on her 90th birthday. Kent died in the West Suffolk Hospital, Bury St. Edmunds on 30 November 2013, following a fall at her home in Westhorpe. The coroner recorded a narrative verdict that Kent died from accidental injuries and that cardiac disease may have contributed to a fall. Description above from the Wikipedia article Jean Kent, licensed under CC-BY-SA, full list of contributors on Wikipedia.