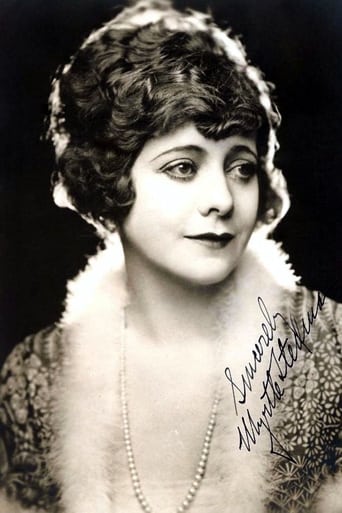 From Wikipedia Myrtle Stedman (March 3, 1883 – January 8, 1938) was a leading lady and later character actress in motion pictures beginning in silent films in 1910. She was born in Chicago, Illinois and educated at a private finishing school there. Miss Stedman performed in light opera and musical comedies there. Her voice was cultivated in France. Her tutor was Marchesi, who was known as one of the finest instructors of voice culture in his country. Myrtle did not enter the field of light opera because of her preference for light opera. She starred for a number of seasons in Isle of Spice and The Chocolate Soldier. She performed for a year at the Whitney Theater in Chicago and was a prima donna of the Chicago Grand Opera Company. Her first appearances in movies were in Selig studio western and action short films. Among her feature films are Flaming Youth, The Valley of the Moon, The Dangerous Age, and The Famous Mrs. Fair. In 1936, she was signed by Warner Brothers to play bit and extra roles. Her last release was Accidents Will Happen, in 1938. Myrtle Stedman died of a heart attack in Hollywood, California in 1938 at the age of 54. Interment at Inglewood Park Cemetery, Inglewood California. Her husband Marshall Stedman was a drama school conductor. They were divorced by 1920. Their son Lincoln Stedman was a prolific silent film character actor.