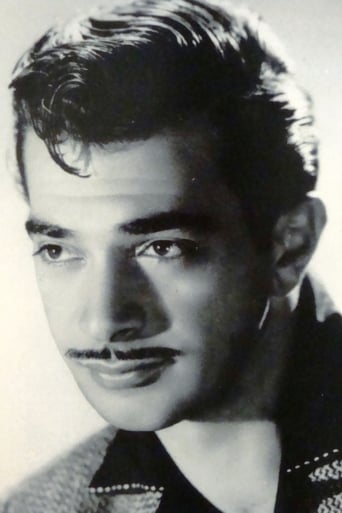 Mauricio Féres Yázbek (Garcés) (December 16, 1926 in Tampico – February 27, 1989 in Tamaulipas, México) was a Mexican actor. Garcés is of Lebanese descent and was born in the Mexican port of Tampico, Tamaulipas. With the support of another uncle, the producer Jose Yázbek, he was included in the production of La muerte enamorada (the enamored death) (1950) a comedy starring Miroslava and Fernando Fernandez. From that film, Mauricio adopted the artistic last name "Garcés" believing the letter "G" would bring good luck and turn him into a star at the level of his idols Clark Gable, Gary Cooper and Cary Grant. His famous image as elegant, worldly, and gallant arose thanks to the vision from the producer Angelica Ortiz, mother of the actress Angélica María, who hired Mauricio to star in Don Juan 67 (1966), the first of a series of films in which he played his alter-ego "Mauricio Galán". El matrimonio es como el demonio (Marriage is like the devil) (1967), Click, fotógrafo de modelos (Click, photographer of models) (1968), El criado malcriado (The bad servant) (1968), Departamento de soltero (Bachelor's Apartment) (1969), Fray Don Juan (1969) and Modisto de señoras (Ladies' Fashion Designer) (1969) are some of the most popular films of the extensive filmography of the "zorro plateado" (The Silver Fox).