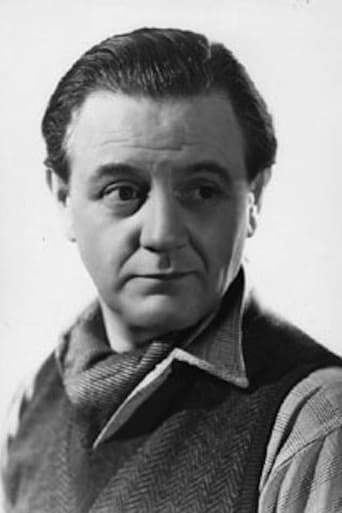 From Wikipedia, the free encyclopedia.   Naunton Wayne (22 June 1901 - 17 November 1970), was a British character actor, born in Llanwonno, South Wales. He was educated at Clifton College. He became best known for his role as a supporting character, Caldicott, in the 1938 film version of The Lady Vanishes, a role he repeated in three further films, alongside Basil Radford as his equally cricket-obsessed friend, Charters. The two would go on to appear in other films together, often playing similar characters. Their other joint credits include Crook's Tour (1941), Millions Like Us (1943), Dead of Night (1945), It's Not Cricket (1948), Quartet (1948), Passport to Pimlico (1949), and Night Train to Munich (1940), a semi-sequel to The Lady Vanishes. Wayne also appeared alone in other films including the Ealing comedy The Titfield Thunderbolt (1953) and Obsession (1949). Description above from the Wikipedia article Naunton Wayne, licensed under CC-BY-SA, full list of contributors on Wikipedia.