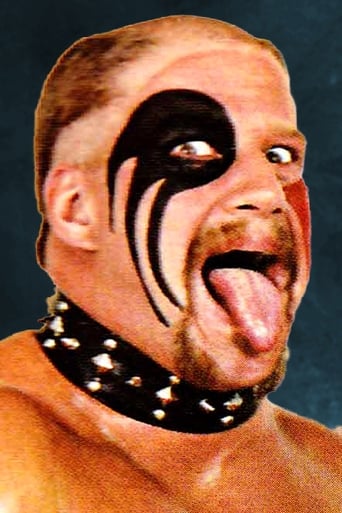 Michael James Hegstrand was an American professional wrestler. He is best remembered as Road Warrior Hawk, one half of the tag team known as the Road Warriors (WCW) or The Legion of Doom (WWF), with Road Warrior Animal. ) was an American professional wrestler. He was best known as Road Warrior Hawk, one half of the tag team known as The Road Warriors (The Legion of Doom in WWF), with Road Warrior Animal. Outside The Road Warriors, Hawk was a sporadic challenger for world heavyweight championships on pay-per-view from the late 1980s to the mid 1990s. He headlined the 1993 edition of ECW's premier annual event, November to Remember While the Road Warriors never officially broke up, Animal started making an increasing number of solo appearances after they left the WWF as Hegstrand struggled with drug and alcohol addiction and generally did not appear at many wrestling shows during this time.In 2001 Hegstrand was diagnosed with cardiomyopathy, a heart condition that stopped him from wrestling for a short while. He was able to overcome its effects and returned to a regular working schedule later on. On June 22, 2002 International Wrestling Superstars, Road Warriors Animal & Hawk defeated the Headshrinkers for the World Tag-Team Championship. That victory also led to Team USA winning the Animal and Hawk made a surprise appearance on Raw on May 12, 2003 when they took on Kane and Rob Van Dam for the World Tag Team Championship.[38] Although Hawk and Animal came up short in their attempt to become three-time champions, it was clear that Hawk had defeated the demons that had once kept him from competing, and the Road Warriors had hopes of returning to WWE. Later in 2003, Hawk made an appearance with the All World Wrestling League, a take-off of the 'original' Big Time Wrestling that was owned by The Original Sheik who died earlier that year; it was run by the sons of The Sheik, Eddie and Tom Farhat. They decided to book Hawk for an event in Holt, Michigan; that event was the second to last time Hawk wrestled. Two weeks before he died he wrestled his final match with Ted DiBiase in Oshawa, Ontario against Greg "The Hammer" Valentine and Marcus "Buff" Bagwell. Death and legacy Hegstrand died on October 19, 2003 in the early morning in his home in Indian Rocks Beach, Florida. He was 46 years old. His friends said that he and his wife Dale had recently bought a condominium near their current home and were packing their boxes the night before. Hegstrand said that he felt tired and went to take a nap. When his wife checked on him at about 1 a.m., he had died of a sudden heart attack. At the time of his death, Hawk and Animal were working on a book about their careers. Animal returned to WWE in mid-2005 and decided to dedicate his entire run to Hegstrand, including his tag team title victory with Heidenreich at The Great American Bash. On the March 28, 2011 episode of Raw, it was announced that the Road Warriors would be inducted into the WWE Hall of Fame Class of 2011. On April 2, 2011, the night before WrestleMania XXVII they, along with Paul Ellering were inducted into the Hall Of Fame by Dusty Rhodes. Road Warrior Hawk was included, along with his tag team partner, Road Warrior Animal, in the Attitude Era, in the game WWE '13.