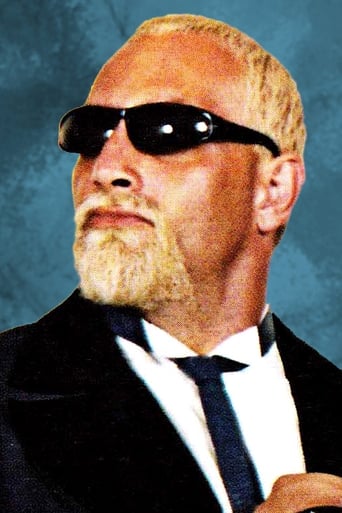 is an American professional wrestling manager currently signed with WWE to a legends contract, professional wrestler and dog musher. Ellering spent most of his wrestling career managing the Road Warriors (Animal and Hawk), working with them from 1983 to 1990 and again on occasion between 1992 and 1997. In addition to being their on screen manager he actually handled the team's affairs outside the ring as well, including contract negotiations and travel arrangements. Ellering and the Road Warriors were inducted into both the Professional Wrestling Hall of Fame and the WWE Hall of Fame in 2011. Five years later, in June 2016, he returned to the ring at NXT TakeOver: The End as the manager of The Authors of Pain, a heel tag team making their debut. Prior to becoming a manager he was a professional wrestler, but due to injuries retired in 1983 to become a full-time manager, only wrestling on special occasions. In the late 1990s he was involved in a storyline where he actually turned on the Road Warriors and managed Disciples of Apocalypse as they fought the Road Warriors. After retiring from full-time activity in wrestling, he raced in the Iditarod and John Beargrease Dog Sled Race. After retiring from professional wrestling, he traveled to Alaska to become a sled dog racer, participating in the Iditarod.In 2000 he came in 54th place. In 2002, Ellering became the owner and operator of the Historic Rock Tavern on Big Birch Lake in Grey Eagle, Minnesota. He has three children: Rebecca, Rachael and Saul. His daughter Rachael won the bronze medal at the 2014 World Powerlifting Championships.She made her professional wrestling debut in December 2015.[10] Though not signed to a contract, she made multiple appearances in WWE since debuting against Alexa Bliss in NXT in 2016, including participating in the Mae Young Classic. She officially signed to WWE in February 2019. Ellering made his video game debut as a non-playable character in WWE 2K18.