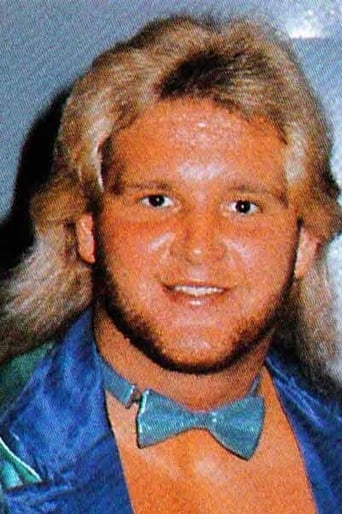 James Hines is a retired American professional wrestler, better known by his ring name Bobby Fulton. He was one half of the tag team The Fantastics with Tommy Rogers. James Hines started wrestling as a 16-year-old, under the name Bobby Fulton. His first match was on June 17, 1977, in Clarksburg, West Virginia, in which he defeated Mad Dog Michaels by disqualification. In the main event of that same card, he lost a battle royal. He spent his early career in Ohio, training and wrestling with the likes of Lord Zoltan, Fred Curry, Bull Curry and Dr. Jerry Graham. He worked for the WWWF on the Allentown and Hamburg television tapings where he faced Steve Travis and Fred Curry. He worked for Nick Gulas's Nashville territory, where he paired up with Eric Embry as the "brother" tag team of Bobby & Don Fulton. He then moved on to Stu Hart's Calgary territory working with the likes of Bret Hart, The Dynamite Kid, The Cuban Assassin, Bobby Bass, Ross Hart, Bruce Hart, Giant Haystacks and Davey Boy Smith. Then it was on to the short-lived Knoxville territory forming a tag team with Terry Taylor called "The Fantastic Ones". After the territory closed, Hines and Taylor split up. He then moved on to the Jerry Jarrett's Continental Wrestling Association territory where he worked preliminary matches. He then went to Southwest Championship Wrestling in San Antonio, Texas for Joe Blanchard, battling Adrian Street and Eric Embry in a series of scaffold matches. His new tag team partner Tommy Rogers started for Bill Watts' Mid-South Wrestling. There the Fantastics (Fulton and Rogers) formed and feuded with the Midnight Express. In 1984, the team continued their feud with The Midnight Express in World Class Championship Wrestling that later extended into Jim Crockett Promotions. In 1986, they had a feud with The Sheepherders in the Universal Wrestling Federation. In 1987, back in WCCW, they feuded with the Rock 'n' Roll RPMs. They won the feud by winning a scaffold match at the "Parade of Champions" on May 3, 1987. The Fantastics also made an appearance at the World Wrestling Council in Puerto Rico. They next went to the NWA's Jim Crockett Promotions to continue their feud with The Midnight Express and to win the NWA United States Tag Team Titles on two occasions. They also defeated The Sheepherders to win the vacant NWA Mid-America Tag Team Championship. In 1989, they left and have been wrestling, sometimes together, sometimes not, in the independent circuit around the United States, and in All Japan Pro Wrestling.