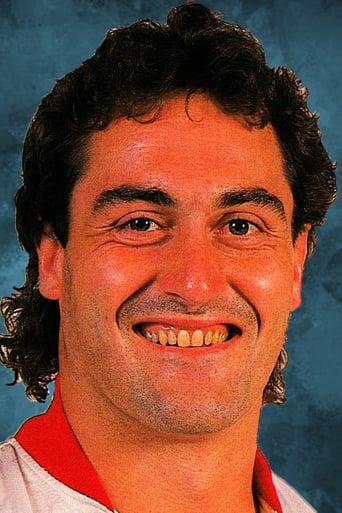 Lawrence Michael "Mike" Rotunda is a former American professional wrestler, perhaps best known under the name Irwin R. Schyster or I.R.S. for short, a play on the abbreviation of the Internal Revenue Service. He works with the WWE as a road agent and makes occasional appearances on WWE shows as Irwin R. Schyster. Rotunda (as Mike Rotunda) joined All Japan Pro Wrestling in the summer of 2000, shortly after the Pro Wrestling Noah exodus. He reunited the Varsity Club, this time with "Dr. Death" Steve Williams. The team won the 2000 World's Strongest Tag Determination League[13] and also challenged for the World Tag Team Championship, against Taiyō Kea and Johnny Smith on February 24, 2001, but lost.[14] In late 2001, Rotunda returned to Team 2000 as part of the All Japan branch and returned to New Japan for one match, on October 28, teaming with Chono to defeat Tencozy.[15] Rotunda finished the year teaming with Williams in the 2001 World's Strongest Tag Determination League, which they finished in 5th place with 6 points. Rotunda retired from wrestling to run a security company with his wife in 2004. Rotunda was rehired by WWE as a road agent in 2006, and has made guest appearances as Irwin R. Schyster. One such appearance was on the August 6, 2007 edition of WWE Raw; Mr. McMahon was discussing his IRS troubles with Jonathan Coachman, and when the conversation ended, Rotunda lowered the paper covering his face (Financial Times) and revealed himself. Rotunda appeared as I.R.S. on the December 10, 2007 15th Anniversary edition of Raw, winning a 15-man Battle Royal, only to be paid by his former tag team partner Ted DiBiase to eliminate himself and I.R.S. appeared on the September 7, 2009 edition of "Raw," of which Bob Barker was the guest host. Rotunda was a contestant in a pricing game (similar to the "One Bid" qualifying segment of The Price Is Right) along with Santino Marella, Jillian Hall, and Chris Jericho, bidding on a "Best of SmackDown" DVD. Rotunda overbid $50.00 (including tax); the DVD's actual retail price was $18.99. Chris Jericho won the pricing game with a bid of $1.00 (as erroneously proclaimed by Bob Barker). I.R.S was, later that night, one of the contestants during the second round of the pricing game. A. J. Pierzynski of the Chicago White Sox filled in the vacated spot Chris Jericho held. This time the bid was for a travel package to WrestleMania XXVI in Glendale, Arizona. Rotunda bid $2,000.00 for the package. The actual retail price was $1,247.00, making Santino the winner after a bid of $1,200.00 Rotunda appeared on an episode of Monday Night Raw as a lumberjack in the "'80s Legend Lumberjack Match", in which Christian defeated Ted DiBiase Rotunda is married to Stephanie Rotunda (née Windham), the daughter of wrestler Blackjack Mulligan, and sister of wrestlers Barry and Kendall Windham. They have two sons, Windham and Taylor, who are professional wrestlers working for WWE under the ring names Bray Wyatt (former WWE Champion, former SmackDown Tag Team Champion with The Wyatt Family which at the time included Wyatt, Luke Harper, and Randy Orton, and former Raw Tag Team Champion with Matt Hardy) and Bo Dallas (former NXT Champion and former Raw Tag Team Champion with Curtis Axel). The couple also has a daughter named Mika and two granddaughters named Cadyn and Kendyl