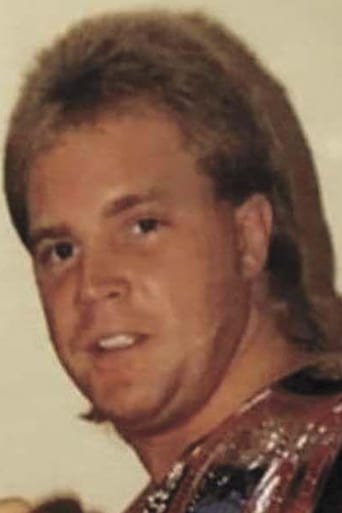 Timothy Horner is a retired professional wrestler, best known as Tim "White Lightning" Horner, one half of The Lightning Express with Brad Armstrong. Tim Horner started wrestling in 1978 in the Alabama territory. Horner signed to Jim Crockett Promotions in 1984, and formed The Lightning Express with Brad Armstrong.[3] They won the Universal Wrestling Federation tag team title in 1987, defeating Sting and Rick Steiner. They also won the National Wrestling Alliance's National Tag Team title. Tim Horner signed with WWF in late 1988 and left in late 1989.[6] On televised matches he was used as a jobber in both singles and tag-team matches, while at house shows he was frequently victorious over other jobbers including Danny Davis, Jose Estrada, Barry Horowitz, Jose Luis Rivera, Iron Mike Sharpe, Tom Magee, Steve Lombardi, and Johnny K-9 (Taras Bulba). In the 1990s, Horner wrestled for World Championship Wrestling as the masked Star Blazer,[8] and for Smoky Mountain Wrestling (SMW). In SMW, he also played the original Kendo The Samurai managed by Daryl Van Horne. Horner left the promotion after several incidents including a stolen ring truck prompting Jim Cornette to cease booking him. It was a common misconception that Horner co-owned the territory with Cornette. According to the "Jim Cornette's Drive-Thru" podcast from April 17, 2017, Horner had stolen an $8,000 truck and a $400 fax machine. Thereafter, he competed in WCW as a jobber (sometimes teaming with Armstrong). After WCW, he occasionally wrestled on independent shows in Georgia and Tennessee. He then worked in World Wrestling Entertainment as a producer for its SmackDown! brand, until October 26, 2006. On June 16, 2013, he teamed with Tom Prichard to defeat Bob Orton, Jr. and George South at the Brad Armstrong Memorial Event. On May 1, 2018, he was elected County Commissioner in Hamblen County, Tennessee.