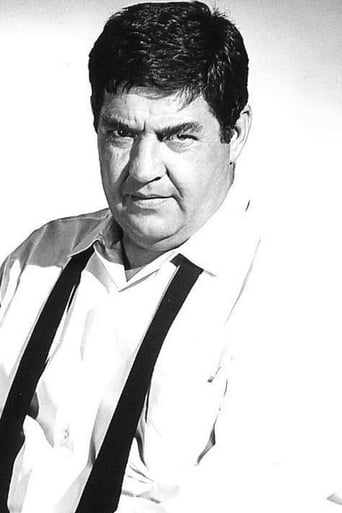 Stocky character actor Stanley Adams had a relatively minor career in motion pictures, with the possible exception of his baby-faced millionaire Rusty Trawler of Breakfast at Tiffany's (1961) fame. Otherwise, he played innumerable minor ethnic villains, bartenders and avuncular, fast-talking characters, known in the credits only by their first names. In other words, most of his roles were rather small. On television, conversely, he proved himself quite a scene-stealer, particularly in the 1960's and early 70's, when his face appeared on just about every major show. He was at his best as pool hustler Sure-shot Wilson in an episode of The Odd Couple (1970), Rollo, a quirky time-traveling scientist on Twilight Zone (1959), and - famously - as 'asteroid detecting', tribble dealing galactic entrepreneur Cyrano Jones on Star Trek (1966). Alas, he was also a space carrot named Tybo on Lost in Space (1965).... His suicide in April 1977 has been attributed to severe depression as a result of a back injury, sustained earlier in the decade. Apart from the obvious pain, it would almost certainly have limited his employment opportunities. Date of Death 27 April 1977, Santa Monica, California  (suicide)