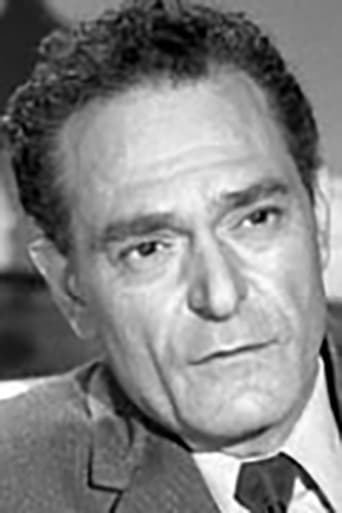 From Wikipedia, the free encyclopedia Joseph Vito DeSantis (June 15, 1909 - August 30, 1989) was an American radio, television, movie and theatrical actor and sculptor. Joe De Santis was born Joseph Vito Marcello De Santis to Italian immigrant parents in New York City. De Santis played in numerous films; the high point of his career came in 1962 with A Cold Wind in August. He was also featured in I Want to Live! and The Brotherhood. With the advent of television, Joe became known as a skilled character actor who could play convincing dialect characters, mugs, suave heavies and emotional leads. He was active in such early television series as Playhouse 90, Studio One, Sheriff of Cochise, and he appeared regularly on the programs of Red Buttons, Martha Raye and Sid Caesar shows. In addition to many single performances on other series like Voyage to the Bottom of the Sea, Joe had a recurring presence in such shows as The Untouchables, 77 Sunset Strip, Perry Mason, Mission: Impossible, and in the westerns such as Sugarfoot, Daniel Boone, Gunsmoke, Sara, and Bonanza. De Santis retired to Provo, Utah in 1978 to be close to family, and resided there until his death in 1989. He died in 1989 at the age of eighty of chronic obstructive pulmonary disease.