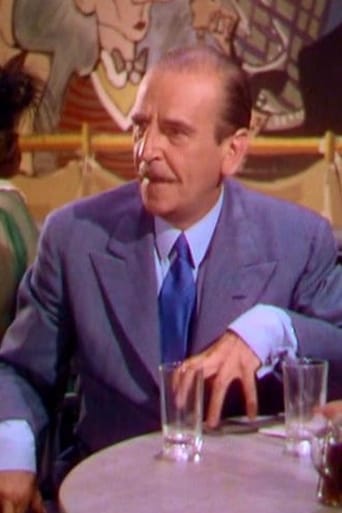 From Wikipedia, the free encyclopedia Jack Norton (September 2, 1882 – October 15, 1958) was an American stage and film character actor who appeared in 184 films between 1934 and 1948, often playing drunks, although in real life he was a teetotaler. Career Jack Norton was born in Brooklyn, New York on September 2, 1882. In his early career he had a vaudeville comedy act with his wife Lillian Healy. Norton made his Broadway debut in 1925 in that year's edition of Earl Carroll's Vanities, and also appeared in Florida Girl, which was produced and staged by Carroll. Norton's first film work was for a musical short, School for Romance, in 1934, in which a young Betty Grable appeared, but his scenes were deleted. His work survived to reach the screen in his next assignment, The Super Snooper, a comedy short, and in his third film, his first full-length movie, Finishing School, which featured Frances Dee, Billie Burke, Ginger Rogers and Bruce Cabot, Norton played a drunk, setting the pattern for many of his future performances. Although he also played stone sober characters as well, he was best known for his inebriated characterizations, and he improved his work by following genuine drunks around, picking up behavioral tips. Norton worked continuously and consistently, sometimes appearing in as many as 20 films in one year, although many of his performances went uncredited. One of the few times he was credited as part of the main cast was in 1945 for the film A Guy, a Gal and a Pal In the 1940s, Norton was part of Preston Sturges' unofficial "stock company" of character actors, appearing in five films written and directed by Sturges. He is perhaps best known to modern audiences as A. Pismo Clam, the drunken film director whom W.C. Fields is hired to replace in The Bank Dick (1940). In 1947, Norton retired from films due to illness, his last appearance being in Alias a Gentlemen, which was released in 1948, although he did make some live television appearances in the early 1950s. Jack Norton's final appearance would have been in the 1956 episode of The Honeymooners entitled "Unconventional Behavior", but age and infirmity had so overwhelmed him that he was literally written out of the show as it was being filmed, though Jackie Gleason saw to it that Norton was paid fully for the performance he was ready, willing, but unable to give. Norton died on October 15, 1958 in Saranac Lake, New York at the age of 76. He is buried in Sacred Hearts Cemetery in Southampton, New York on Long Island.