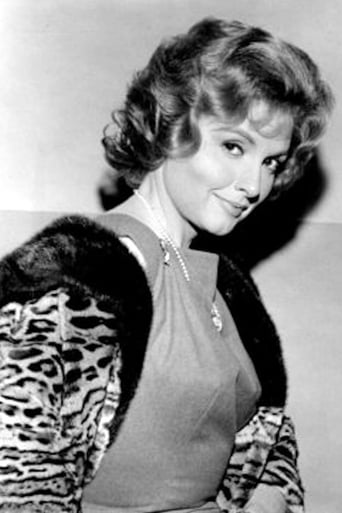 Patricia received her first break into acting very soon after she graduated from Stephens College in the mid 1940s. Almost immediately after graduating, she received a contract from Columbus Pictures. They recognized that she had the rare combination of beauty, grace and intelligence that would serve her well throughout her long and well-respected career. When she first signed with Colombia Pictures, she was known as Patricia White. A few years later, in the late 1940s, she met Philip Barry, Jr., who was to become her husband. Philip was a television producer/director and the son and namesake of the well-known playwright, Philip Barry. By 1950, Patricia began using her married name, Barry. Patricia and her husband Philip shared a long and happy marriage that only ended upon his death on May 16, 1998. During their marriage, they collaborated on several projects. Her husband Philip wrote and she acted in episodes of Matinee Theater in the late 1950s. Her husband also produced several television programs that she acted in. They include: The Alcoa Hour, a major dramatic TV series than ran from 1955-1957, a well-known TV horror film called Crowhaven Farm (1970) and two a made-for-TV biographies, First You Cry (1978), and Bogie (1980). Patricia Barry may well be one of the hardest working actresses of her time. She has performed over 130 movie and television roles to date.