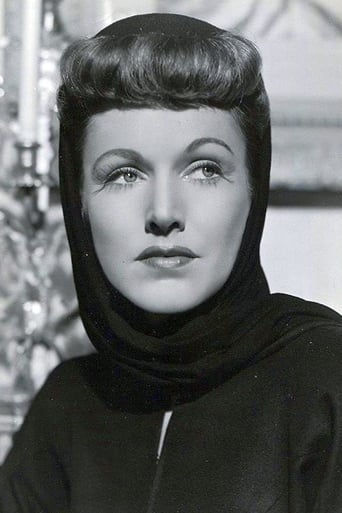 Rose Hobart (born Rose Kefer) was an American actress and Screen Actors Guild official. When Hobart was 15, she debuted professionally in Cappy Ricks, a Chautauqua production. She was accepted for the 18-week tour because she told officials that she was 18. At that same age, she was cast in Ferenc Molnár's Liliom, which opened in Atlantic City, New Jersey. Hobart's Broadway stage debut was on September 17, 1923 at the Knickerbocker Theater, playing a young girl in Lullaby. In 1925, she played Charmian in Caesar and Cleopatra. Hobart was an original member of Eva Le Gallienne's Civic Repertory Theatre. In 1928, she made her London debut, playing Nona Rolf in The Comic Artist. During her career in theater, she toured with Noël Coward in The Vortex and was cast opposite Helen Hayes in What Every Woman Knows. Her performance as Grazia in Death Takes a Holiday won her a Hollywood contract. Hobart appeared in more than 40 motion pictures over a 20-year period. Her first film role was the part of Julie in the first talking picture version of Liliom, made by Fox Film Corporation in 1930, starring Charles Farrell in the title role, and directed by Frank Borzage. Under contract to Universal, Hobart starred in A Lady Surrenders, East of Borneo, and Scandal for Sale. On loan to other studios, she appeared in Chances and Compromised. In 1931, she co-starred with Fredric March and Miriam Hopkins in Rouben Mamoulian's original film version of Dr. Jekyll and Mr. Hyde. She played the role of Muriel, Jekyll's fiancée. In 1936, Surrealist artist Joseph Cornell, who bought a print of East of Borneo to screen at home, became smitten with the actress, and cut out nearly all the parts that did not include her. He also showed the film at silent film speed and projected it through a blue-tinted lens. He named the resulting work Rose Hobart. Hobart often played the "other woman" in movies during the 1940s, with her last major film role in Bride of Vengeance. The House Un-American Activities Committee investigated Hobart in 1949, effectively ending her career. She believed that she first came to the attention of anti-Communist activists because of her commitment to improving working conditions for actors in Hollywood.