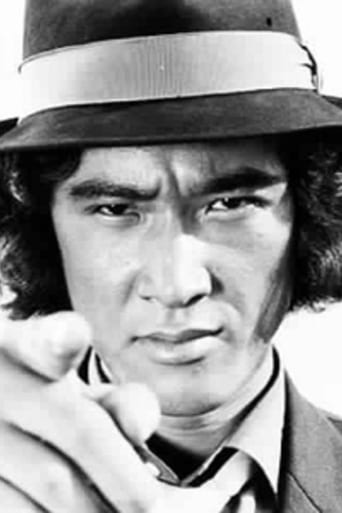 Yusaku Matsuda (September 21, 1949 – November 6, 1989 in Tokyo) was a Japanese actor. Yusaku was born in Shimonoseki, Yamaguchi to a Japanese father and a Zainichi Korean mother. His date was wrongly recorded as 1950 on his birth records due to a parental error in filing a report. He became an actor when he was 23 as a rookie police officer, the "Jeans Detective", for the 1970s Japanese TV detective drama called Taiyō ni hoero! ("Bark at the Sun") in Japan. Apart from this role, his other defining role on television was in Tantei Monogatari (detective story), in which he starred as an incompetent private detective. He featured in many other TV shows and movies. He won the award for best actor at the 8th Hochi Film Award for Detective Story and The Family Game. He specialized in physical action movies. The 1989 movie Black Rain— directed by Ridley Scott and starring Michael Douglas and Andy Garcia— opened the door for Matsuda as an international actor. However, shortly after he made this movie, he died due to bladder cancer. He was survived by his second wife and three young children (including Ryuhei And Shota, both of whom became actors). He was buried in Nishitama cemetery, in Akiruno, Tokyo. (Wikipedia)