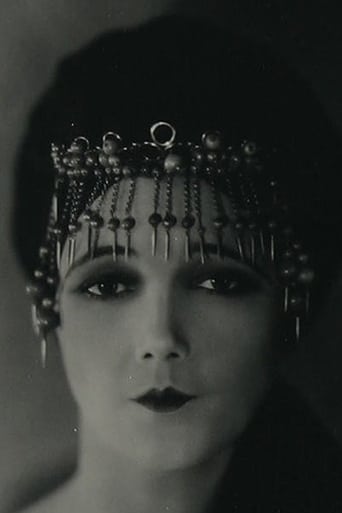 From Wikipedia Jetta Goudal (July 12, 1891 – January 14, 1985) was a Dutch-born American actress, successful in Hollywood films of the silent film era. Goudal was born as Juliette Henriette Goudeket in 1891, the daughter of Geertruida (née Warradijn; 1866–1920) and Wolf Mozes Goudeket (1860–1942), a wealthy diamond cutter, in Amsterdam. She first appeared on Broadway in 1921, using the stage name Jetta Goudal. After meeting director Sidney Olcott, who encouraged her venture into film acting, she accepted a bit part in his 1922 film production Timothy's Quest. Convinced to move to the West Coast, Goudal appeared in two more Olcott films in the ensuing three years. Goudal's first role in motion pictures came in The Bright Shawl (1923). She quickly earned praise for her film work, especially for her performance in 1925's Salome of the Tenements, a film based on the Anzia Yezierska novel about life in New York's Jewish Lower East Side. Goudal then worked in the Adolph Zukor and Jesse L. Lasky co-production of The Spaniard and her growing fame brought her to the attention of producer/director Cecil B. DeMille. Goudal appeared in several highly successful and acclaimed films for DeMille and became one of the top box office draws of the late 1920s. DeMille later claimed that Goudal was so difficult to work with that he eventually fired her and cancelled their contract. Goudal filed a lawsuit for breach of contract against him and DeMille Pictures Corporation. Although DeMille claimed her conduct had caused numerous and costly production delays, in a landmark ruling, Goudal won the suit when DeMille was unwilling to provide his studio's financial records to support his claim of financial losses. Goudal appeared in 1928's The Cardboard Lover, produced by William Randolph Hearst and Marion Davies. In 1929, she starred in Lady of the Pavements, directed by D.W. Griffith, and in 1930, Jacques Feyder directed Goudal in her only French language film, a made-in-Hollywood production titled Le Spectre vert. Because of her audaciousness in suing DeMille and her high-profile activisim in the Actors' Equity Association campaign for the theatre and film industry to accept a closed shop, some of the Hollywood studios refused to employ Goudal. In 1932, at age forty-one, she made her last screen appearance in a talkie, co-starring with Will Rogers in the Fox Film Corporation production of Business and Pleasure. In 1930, she married Harold Grieve, an art director and founding member of the Academy of Motion Picture Arts and Sciences. When her film career ended, she joined Grieve in running a successful interior design business. They remained married until her death in 1985 in Los Angeles. She is interred next to her husband in a private room at the Great Mausoleum, Sanctuary of the Angels, at Forest Lawn Memorial Park Cemetery in Glendale, California. In recognition of her contribution to the motion picture industry, Jetta Goudal has a star on the Hollywood Walk of Fame at 6333 Hollywood Blvd.