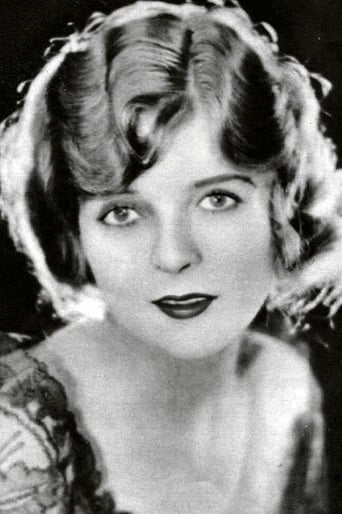 From Wikipedia Sarah Blanche Sweet (June 18, 1896 – September 6, 1986) was an American silent film actress who began her career in the earliest days of the Hollywood motion picture film industry. Sweet is renowned for her energetic, independent roles, at variance with the 'ideal' Griffith type of vulnerable, often fragile, femininity. After many starring roles, her first real landmark film was the 1911 Griffith thriller The Lonedale Operator. In 1913 she starred in Griffith's first feature-length movie, Judith of Bethulia. In 1914 Sweet was initially cast by Griffith in the part of Elsie Stoneman in his epic The Birth of a Nation but the role was eventually given to rival actress Lillian Gish, who was Sweet's senior by three years. That same year Sweet parted ways with Griffith and joined Paramount (then Famous Players-Lasky) for the much higher pay that studio was able to afford. Throughout the 1910s, Sweet continued her career appearing in a number of highly prominent roles in films and remained a publicly popular leading lady. She often starred in vehicles by Cecil B. DeMille and Marshall Neilan, and she was recognised by leading film critics of the time to be one of the foremost actresses of the entire silent era. It was during her time working with Neilan that the two began a publicized affair, which brought on his divorce from former actress Gertrude Bambrick. Sweet and Neilan married in 1922. The union ended in 1929 with Sweet charging that Neilan was a persistent adulterer. During the early 1920s Sweet's career continued to prosper, and she starred in the first film version of Anna Christie in 1923. The film is also notable as being the first Eugene O'Neill play to be made into a motion picture. In successive years, she starred in Tess of the D'Urbervilles and The Sporting Venus, both directed by Neilan. Sweet soon began a new career phase as one of the newly formed MGM studio's biggest stars. Sweet made just three talking pictures, including her critically lauded performance in 1930's Show Girl in Hollywood, before retiring from the screen that same year and marrying stage actor Raymond Hackett in 1935. The marriage lasted until Hackett's death in 1958. Sweet spent the remainder of her performing career in radio and in secondary Broadway stage roles. Eventually, her career in both of these fields petered out, and she began working in a Los Angeles department store. In the late 1960s, her acting legacy was resurrected when film scholars invited her to Europe to receive recognition for her work. On September 24, 1984, a tribute to Blanche Sweet was held at the Museum of Modern Art in New York City. Miss Sweet introduced her 1925 film, The Sporting Venus. Sweet died in New York City of a stroke, on September 6, 1986, just weeks after her 90th birthday.