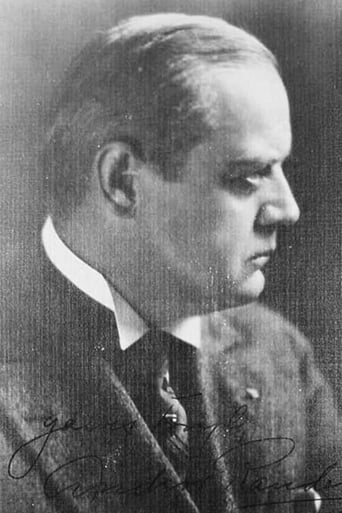 From Wikipedia Anders Randolf (18 December 1870 – 2 July 1930) was a Danish American actor in American films from 1913 to 1931. Anders was born in Viborg, Denmark where he became a professional soldier in the Danish army and a world-class swordsman. He emigrated to the United States in March 1890, quickly giving in to a lifelong passion for the theater. After briefly heading his own production company, Frontier Features, Inc., Randolf settled into a career as one of Hollywood's best screen villains. Often billed as Anders Randolph, he appeared in character roles opposite such stars as John Barrymore (Sherlock Holmes 1922), Mary Pickford (Dorothy Vernon of Haddon Hall 1924) Douglas Fairbanks (The Black Pirate 1926), and Greta Garbo (The Kiss 1929). He also appeared in several comedy short films for Hal Roach alongside Charley Chase and Laurel and Hardy before his death in 1930 following a relapse after a kidney operation. He was later interred at Fredericksburg Cemetery in Copenhagen, Denmark.