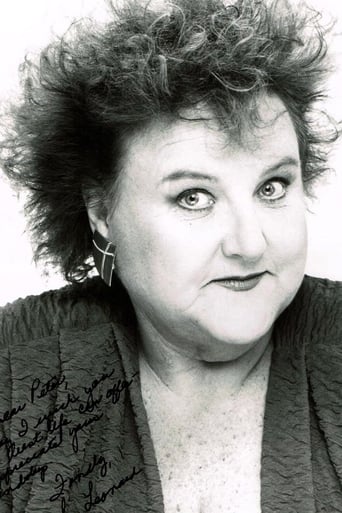 ​From Wikipedia, the free encyclopedia.   Lu Leonard (January 1, 1927 – May 14, 2004) was an American actress. She made over 45 film and television appearances between 1956 and 1995. Due to her rotund figure, Leonard was often cast as a love interest who often intimidated her husband or boyfriend. Leonard's first major appearance was as the wife of Three Stooges member Larry Fine in the film Husbands Beware. Throughout the 1970s and 1980s, Leonard made television appearances on such shows as Laverne and Shirley, Mork and Mindy and Married... with Children. Her most memorable was in a recurring role as William Conrad's wise-cracking secretary in Jake and the Fatman. Also during this time she became a regional celebrity in the Los Angeles Theatre circuit for her outrageous portrayal as a lesbian head matron in the play Women Behind Bars.  She has also done voices in the Hanna-Barbera version of the animated TV series Bill & Ted's Excellent Adventures. Leonard, who was the daughter of late 1930's-1950's character actor Hal Price, died on May 14, 2004. Description above from the Wikipedia article  Lu Leonard, licensed under CC-BY-SA, full list of contributors on Wikipedia.