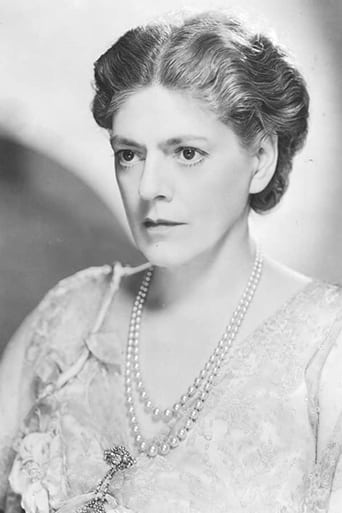 Ethel Barrymore was the second of three children seemingly destined for the actor's life of their parents Maurice and Georgiana. Maurice Barrymore had emigrated from England in 1875, and after graduating from Cambridge in law had shocked his family by becoming an actor. Georgiana Drew of Philadelphia acted in her parents' stage company. The two met and married as members of Augustin Daly's company in New York. They both acted with some of the great stage personalities of the mid Victorian theater of America and England. The Barrymore children were born and grew up in Philadelphia. Though older brother Lionel Barrymore began acting early with his mother's relatives in the Drew theater company, Ethel, after a traditional girl's schooling, planned on becoming a concert pianist. The lure of the stage was perhaps congenital, however. She made her debut as a stage actress during the New York City season of 1894. Her youthful stage presence was at once a pleasure, a strikingly pretty and winsome face and large dark eyes that seemed to look out from her very soul. Her natural talent and distinctive voice only reinforced the physical presence of someone destined to command any role set before her. After the opportunity to appear on the London stage with English great Henry Irving in "The Bells" (1897) and later in "Peter the Great" (1898), she returned to New York to star in the Clyde Fitch play "Captain Jinks of the Horse Marines" (1901) (produced by her friend and benefactor Charles Frohman), which brought her initial American acclaim. Lead roles, such as Nora in Henrik Ibsen's "A Doll's House" (1905) and starring in "Alice By the Fire" (also 1905), "Mid-Channel" (1910) and "Trelawney of the Wells" (1911) proved her popularity as a warm and charismatic star of American stage. In the meantime she married stockbroker Russell Griswold Colt in 1909 and gave birth to three children while continuing her acting career. Although the stage was her first love, she did heed the call of the silver screen, and though not achieving the matinée idol image that younger brother John Barrymore garnered in silent movies after similar chemistry on stage, she won over audiences from her first film appearance in The Nightingale (1914). However, her early film roles, steady through 1919, took a back seat to continued stage triumphs: "Declassee" (1919), her impassioned Juliet in "Romeo and Juliet" (1922), "The Second Mrs. Tanqueray" (1924) and, especially, "The Constant Wife" (1926). She harnessed her considerable talents in the role of an activist as well, being a bedrock supporter of the Actors Equity Association and, in fact, had been a prominent figure in the actors strike of 1919. By 1930 she was entering middle age and her movie roles reflected this. Except for Rasputin and the Empress (1932) with her brothers, the roles were elderly mothers and grandmothers, dowager ladies and spinster aunts. Perhaps wisely she put off Hollywood for over a decade, with stage work that included her most endearing role in "The Corn is Green" (a tour that lasted from 1940 to 1942). She finally moved to Southern California in 1940. When she passed away in 1959, she was interred near her brothers at Calvary Cemetery in East Los Angeles.