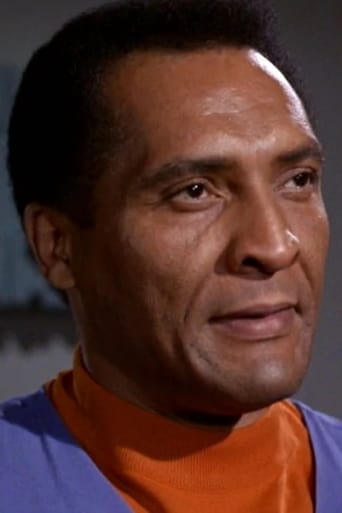 William Marshall was an American actor, director, and opera singer. He is best known for his title role in Blacula and its sequel Scream Blacula Scream as well as his role on Pee-wee's Playhouse. Marshall made his Broadway debut in 1944 in Carmen Jones. In 1950, he understudied Boris Karloff as Captain Hook in the Broadway production of Peter Pan. He played the leading role of De Lawd in the 1951 revival of The Green Pastures, a role he repeated in 1958 in a BBC telecast of the play. He performed in several Shakespearean plays on the stage in the U. S. and Europe, including the title role in at least six productions of Othello. Harold Hobson of the London Sunday Times praised Marshall’s portrayal as "the best Othello of our time." In 1968, Marshall joined the Center Theatre Group at the Ahmanson Theatre in Los Angeles to play Othello in a jazz musical version, Catch My Soul, with Jerry Lee Lewis as Iago. Marshall portrayed Paul Robeson and Frederick Douglass on stage. He researched Douglass' life extensively, and in 1983 produced and played the lead role in Frederick Douglass: Slave and Statesman. Marshall's career on screen began in the 1952 film Lydia Bailey as a Haitian leader. He followed that with a prominent role as Glycon, comrade and fellow gladiator to Victor Mature in the 1954 film Demetrius and the Gladiators. His demeanor, voice and stature gave him a wide range, though he was ill-suited for the subservient roles that many black actors of his generation were most frequently offered. He was a leader of the Mau-Mau uprising in Something of Value, and Attorney General Edward Brooke in The Boston Strangler. He probably received the most notice for his role in the vampire film Blacula and its sequel Scream Blacula Scream. In later years, Marshall played the King of Cartoons on Pee-wee's Playhouse. Despite blacklisting because of his supposed communist connections, Marshall managed to continue appearing in both television and films. He appeared on the British spy series Danger Man in episodes titled "Deadline" and "The Galloping Major". He also won two local Emmys for producing and performing in a PBS production, As Adam Early in the Morning, a theatre piece originally performed on stage. He also was featured in an episode of The Alfred Hitchcock Hour titled, "The Jar", with actors Pat Buttram and George Lindsey. In addition to acting and producing, Marshall taught acting at various universities including the University of California, Irvine, and the Mufandi Institute, an African-American arts and music institution in the Watts section of Los Angeles. He did similar work at Chicago's ETA Creative Arts Foundation, which in 1992 named Marshall one of its Epic Men of the 20th century. Marshall died June 11, 2003, from complications arising from Alzheimer's disease and diabetes. Marshall was considered by many to be a much underrated actor and one who never got his due. Some have remarked that Marshall should have had a much more successful and larger screen career, even saying that Marshall would have been a perfect choice for the role of Thulsa Doom in Conan the Barbarian.