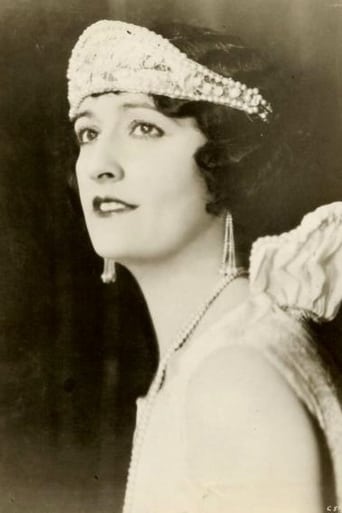 From Wikipedia Rosemary Theby (April 8, 1892 – November 10, 1973) was an American film actress. She appeared in some 250 films between 1911 and 1940. Born Rosemary Theresa Theby in St. Louis, Missouri, Theby studied at Sargent's School in New York. A contemporary newspaper account described her as being of "medium-height, well proportioned, with regular features and dark hair". Her first film experience came in the Vitagraph production of The Wager. By 1915, she was a star for the Universal film company. During World War I Theby took care of a refugee from Lithuania. After being educated and cared for by Theby, the young woman became her maid during an acute shortage of maids in Hollywood, in 1920. As Miss Corintee in The Great Love (1918), Theby played the part of a German spy with great skill. The film was written and directed by D.W. Griffith. This was a vamp role which she began to play frequently after depicting characters in slapstick comedies. Theby played a Chinese vampire in Clung, a Fox Film production directed by Emmett Flynn. Later she began to portray more serious women. Theby was solely a film actress. She declined an offer to accompany Chauncey Olcott to appear on stage for $85 per week. At the time she was earning $125 weekly in movies. She later regretted her decision because of the experience she would have gained. Theby was married to fellow actor and director Harry Myers. After Meyers' death in 1938, she married Truitt Hughes to whom she remained married until her death. She lived for years at 1907 Wilcox Avenue in Los Angeles. Theby supported Calvin Coolidge in the 1924 presidential election. Theby enjoyed playing golf, wearing her hair in a Bob cut, and possessed a preoccupation with personal cleanliness. On screen she appeared tall and willowy, entering a scene, according to one review in the Los Angeles Times, with a "sensuous glide". Theby died of circulatory shock on November 10, 1973, at the age of 81.