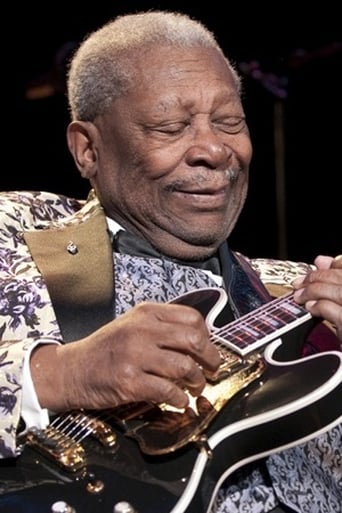 ​From Wikipedia, the free encyclopedia.   Riley B. King (born September 16, 1925), known by the stage name B.B. King, is an American blues guitarist and singer-songwriter acclaimed for his expressive singing and fluid, complex guitar playing. Rolling Stone magazine ranked him at #3 on its list of the "100 greatest guitarists of all time". According to Edward M. Komara, King "introduced a sophisticated style of soloing based on fluid string bending and shimmering vibrato that would influence virtually every electric blues guitarist that followed." King has been inducted into the Rock and Roll Hall of Fame. Description above from the Wikipedia article B.B.King, licensed under CC-BY-SA, full list of contributors on Wikipedia.