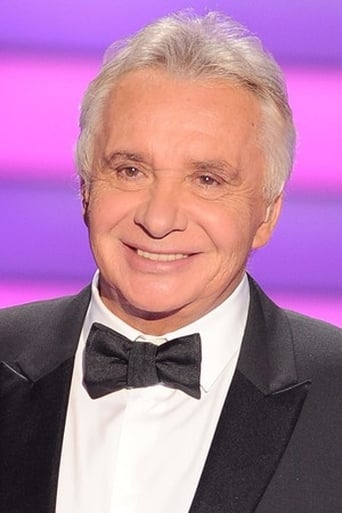 Michel Charles Sardou, who is known by his credited stage name as Michel Sardou (born 26 January 1947) is a French singer, songwriter and occasional actor. He is known not only for his love songs ("La maladie d'amour", "Je vais t'aimer"), but also for songs dealing with various social and political issues, such as the rights of women in Islamic countries ("Musulmanes"), clerical celibacy ("Le curé"), colonialism ("Le temps des colonies", "Ils ont le pétrole mais c'est tout") or the death penalty ("Je suis pour"). Another sometimes controversial theme found in some of his songs ("Les Ricains" and "Monsieur le Président de France" for example) is his respect and support for the culture and foreign policies of the United States of America. He has been accused of being a racist due to his 1976 song "Le temps des colonies", in which a former colonial soldier proudly tells his memories of colonialism, but Sardou has always claimed the song was sarcastic. His 1981 single "Les lacs du Connemara" was an international hit (especially in the Netherlands). A number of his hit songs were written in collaboration with Jacques Revaux and Pierre Delanoë, a few others (most notably "En chantant") with Italian singer Toto Cutugno. Sardou sold out eighteen consecutive dates at Palais Omnisports de Paris-Bercy in 2001, while his 2004 album Du plaisir went straight to the number one spot on the French album charts. With a recording career of fifty years, Sardou has released 25 studio albums, 18 live albums and has recorded more than 350 songs (chiefly in French but also in Spanish, Italian and even English) and has sold more than 100 million records. Currently he is considered as one of the most popular artists in the Francophone world and one of the most lucrative, both in sales and in his shows. ... Source: Article "Michel Sardou" from Wikipedia in english, licensed under CC-BY-SA 3.0.