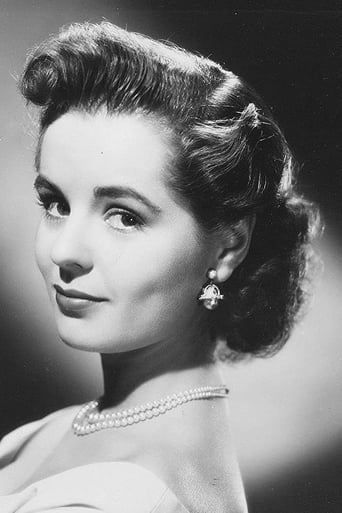 Mary Murphy (January 26, 1931 – May 4, 2011) was an American film actress of the 1950s, 1960s and 1970s. She was born in Washington, D.C., before moving to Los Angeles. Shortly out of high school she was signed to appear in films for Paramount Pictures in the late 1940s. Murphy first gained attention in 1953, when she played a good-hearted girl who tries to reform Marlon Brando in The Wild One. The following year, she appeared opposite Tony Curtis in Beachhead, and the year after that as Fredric March's daughter in the thriller The Desperate Hours, which also starred Humphrey Bogart. She co-starred with actor-director Ray Milland in his Western A Man Alone, and appeared in dozens of television series including Perry Mason, I Spy and Ironside. She was long absent from the big screen before acting in 1972 with Steve McQueen in the Sam Peckinpah film Junior Bonner. She had retired from acting by the 1980s. Murphy died from heart disease complications on May 4, 2011; she was 80 years old. Description above from the Wikipedia article Mary Murphy (actress), licensed under CC-BY-SA, full list of contributors on Wikipedia.