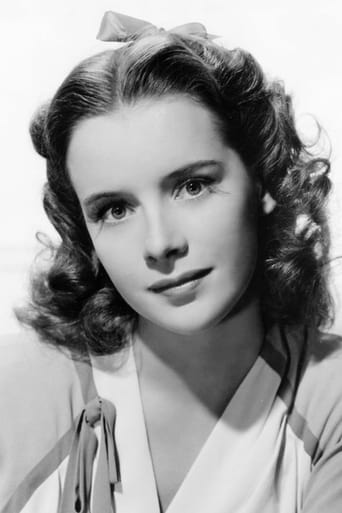 From Wikipedia, the free encyclopedia Susan Peters (born Suzanne Carnahan; July 3, 1921 – October 23, 1952) was an American film, stage, and television actress who appeared in over twenty films over the course of her decade-long career. In 1942, the year she signed a contract with Metro-Goldwyn-Mayer (MGM), Peters had a featured role in the Mervyn LeRoy-directed drama Random Harvest. That role earned her an Academy Award nomination for Best Supporting Actress and established her as a serious dramatic performer. Peters went on to appear as the lead in numerous films for MGM, including roles in the romantic comedy Young Ideas (1943), and several war films: Assignment in Brittany (1943), Song of Russia (1944), and Keep Your Powder Dry (1945). On New Year's Day 1945, Peters's spinal cord was damaged from an accidental gunshot wound, leaving her permanently paraplegic. She returned to film portraying a wheelchair-bound villain in The Sign of the Ram (1948). Peters then transitioned to theater, appearing as Laura Wingfield in a critically acclaimed 1949 production of Tennessee Williams's The Glass Menagerie. She followed this with a production of The Barretts of Wimpole Street, in which she portrayed crippled poet Elizabeth Barrett Browning. By 1952, however, Peters had been suffering from clinical depression for several years due to the dissolution of her marriage and her limited career options. In late 1952 she began starving herself, which combined with her paralysis led to chronic kidney infections and pneumonia. She died of ensuing health complications that year at age 31.