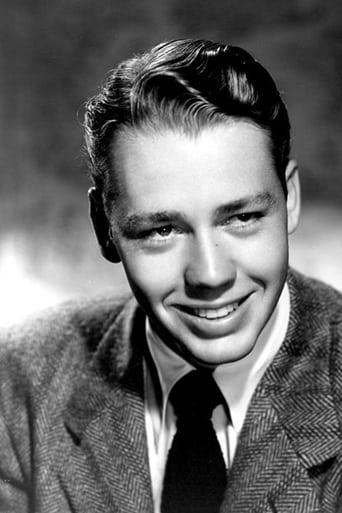 From Wikipedia, the free encyclopedia Richard Quine (November 12, 1920 – June 10, 1989) was an American stage, film, and radio actor and film director. Quine was born in Detroit. He made his Broadway debut in the Jerome Kern/Oscar Hammerstein II musical Very Warm for May in 1939 and appeared in My Sister Eileen the following year. His screen acting credits include The World Moves On (1934), Jane Eyre (1934), Babes on Broadway (1941), My Sister Eileen (1942), and Words and Music (1948), among others. At MGM he became friends with Mickey Rooney and later directed several of Rooney's films. During World War II, Quine served in the United States Coast Guard, He married actress Susan Peters in November 1943. After the war, he tried directing, first as co-producer and co-director on Leather Gloves (1948), with William Asher, before his first solo effort on the musical The Sunny Side of the Street (1951). His directing credits include Pushover (1954), My Sister Eileen (1955), Operation Mad Ball (1957), Bell, Book and Candle (1958), Strangers When We Meet (1960), and The World of Suzie Wong (1960). He also produced such films as the comedy Paris, When It Sizzles (1964) with Audrey Hepburn and William Holden, How to Murder Your Wife (1965) with Jack Lemmon, Synanon (1966), and Hotel (1967). By the late 1960s, his output fell, and in the 1970s, Quine made only a few disappointing films. Turning to television, he had in the 1954-1955 season created with Blake Edwards the first Mickey Rooney series, The Mickey Rooney Show: Hey, Mulligan, which aired on NBC. Quine later directed three episodes of Peter Falk's Columbo, including Dagger Of The Mind, an episode set in Britain which some UK fans of that series regard as an embarrassment. He also worked on, another, much less successful NBC Mystery Movie series, McCoy starring Tony Curtis. His final work was on The Prisoner of Zenda (1979) with Peter Sellers, although he was briefly part of the crew for another Sellers film, The Fiendish Plot of Dr. Fu Manchu (1980), for which he received no credit. His first wife, whom he married on 11 July 1943, was actress Susan Peters, who was crippled from the waist down on a hunting trip with Quine in 1945 with Quine when she reached to the ground for her 22-caliber rifle, and it accidentally discharged. The bullet lodged in her spine. They divorced in 1948, and she died of the effects of anorexia nervosa in 1952, at age 31. On 17 April 1946, the couple adopted an infant, whom they named Timothy Richard Quine. Quine was later engaged to Kim Novak, but the two did not marry. He also married Barbara Bushman (by whom he had two daughters, Katherine and Victoria), Fran Jeffries, and Diana Balfour. After an extended period of depression and poor health, Quine committed suicide by shooting himself in Los Angeles on June 10, 1989. Description above from the Wikipedia article Richard Quine, licensed under CC-BY-SA, full list of contributors on Wikipedia.