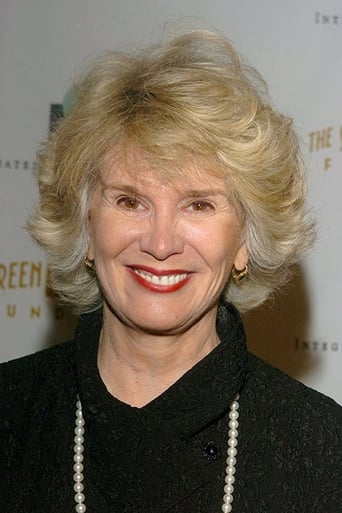 Barbara Bosson, who earned an Emmy Award nomination for her performance on Murder One (1995), was raised in Belle Vernon, Pennsylvania, a small coal-mining town about 30 miles south of Pittsburgh. When she was a teenager, she and her family moved to Florida, where she attended Boca Ciega High School in Gulfport. After graduation, she was accepted into the Drama Department of Carnegie Tech in Pittsburgh (now Carnegie Mellon). When Bosson learned the tuition would be too great a burden on her parents, she instead moved to New York. She supported herself in a variety of jobs -- secretary, television production assistant, Playboy Bunny, etc. -- while studying acting with Milton Katselas and Herbert Berghof, and musical comedy with Word Baker. Six years later, Bosson reevaluated her prospects while working as a secretary for ACT (the American Conservatory Theater). She spoke frequently with various drama department heads, including Earl Gister, head of Carnegie Tech's Drama Department. Deciding it wasn't too late to pursue her dream, she asked Gister for an audition. He agreed. Bosson can't remember her audition, but it convinced Gister to place her in the school and to assist her in finding scholarship money. So, at 26, she became Carnegie Tech's oldest freshman. While attending Carnegie Tech, Bosson met her future husband, Steven Bochco (whom she would not marry until years later), and fellow Hill Street Blues (1981) stars Bruce Weitz and Charles Haid. On a summer break from Carnegie Tech, she landed a job in San Francisco with the improvisational group, "The Committee". With Gister's blessing, she stayed with the group and performed with them for three years. Bosson is a five-time Emmy Award nominee for Best Supporting Actress in a Dramatic Series for her portrayal of "Fay Furillo" in the Emmy Award-winning series, Hill Street Blues (1981). An innovative cook, Bosson raises her own herbs and vegetables. She enjoys skiing, doing crossword puzzles and dancing. Bosson also hates dieting, which she has done unsuccessfully for 25 years. Bosson and Steven Bochco have two children and reside in Los Angeles.